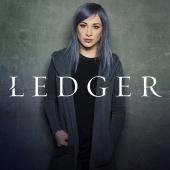 Jen Ledger has been a member of:

Jennifer Carole Ledger is an English drummer and co-vocalist for the American Christian rock and hard rock band Skillet. At the age of 18 she became Skillet's drummer, when their former drummer Lori Peters retired.

She was born in Coventry, England, and started playing the drums when she was 13.[3] Ledger attended the Bluecoat school in Coventry where she passed her GCSEs. She played drums in a local band and was a finalist for the United Kingdom Drummer of the Year competition in 2006.

She relocated to the United States at age 16 to major in drums with a scholarship at Living Light School of Worship in Kenosha, Wisconsin. She joined the band The Spark; since the band already had a drummer, she played bass.

Band members Skillet discovered Ledger, when they attended church services in a city she lived at the time. They toured the school she was attending and asked Ledger to audition for an open drummer spot in the band. She has been Skillet's drummer and female vocalist since she was 18 years old, beginning with the "Comatose Tour".

Ledger stated that she and band mate Korey Cooper began to write music for her own pop-influenced solo-project album in about 2012.

In March 2018, it was announced that her debut EP, Ledger, was scheduled to be released on 13 April. She signed a deal with Atlantic Records and Hear it Loud, the imprint launched by Skillet's John and Korey Cooper and manager Zachary Kelm. Ledger was produced by Korey Cooper along with writer and producer Seth Moseley. Ledger was named the opening act for Skillet's Unleashed tour. On 6 April, she released an official audio for the song "Not Dead Yet" on YouTube.