Jeff Pardo is listed in the credits for the following albums: 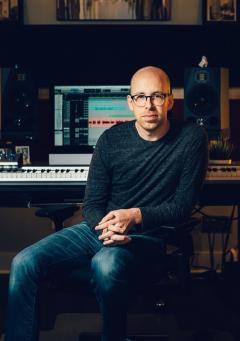 Jeff Pardo has been a part of the Nashville music community since 2000 as a touring musician, producer, and songwriter (recognized with a GRAMMY® nomination, co-writer of "When Mercy Found Me" by Rhett Walker Band), continues to churn out the hits. A native of Chicago and graduate of Belmont University, Pardo’s musicianship and songwriting have always been driven by and rooted in diversity. His versatility has resulted in cuts with top artists across multiple genres including Lady A, Mandisa, Zach Williams, Francesca Battistelli, Ben Rector, Micah Tyler, Danny Gokey, Tauren Wells, Matthew West, Austin French, CAIN, Jasmine Murray, Jesus Culture, Ryan Stevenson, Andrew Ripp, Josh Wilson, Unspoken, Rhett Walker, Chris McClarney, Travis Cottrell, Brandon Heath, I AM THEY, and many more.

Pardo also continues to find success in the Film and TV space with placements on networks such as ABC, NBC, MTV, E!, Fox, in the movie trailer "On The Basis Of Sex" (with "Can't Knock Me Down"), and a recent advertisement with Toyota.