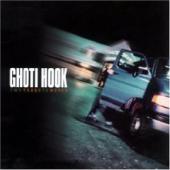 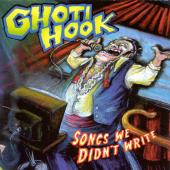 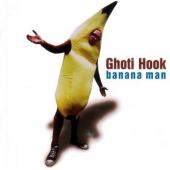 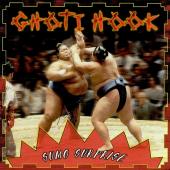 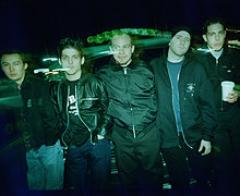 Joel Bell, Adam Neubauer and Justin Levy formed the group in 1991. Conrad Tolosa, Jamie Tolosa, and Christian Ergueta, joined the band shortly after. Justin Levy left the band after one year to pursue other interests. The group released two independent EPs in 1994 and 1995. Ghoti Hook signed to Tooth and Nail Records in 1996, then released two albums: Sumo Surprise and Banana Man.

Conrad, the guitarist and a main songwriter of the band, decided to leave Ghoti Hook when the band began to tour full time so he could finish seminary and continue with his accounting career. After the cover album Songs We Didn't Write, Mark Lacasse joined the lineup as the band's sound evolved from punk toward rock on their next album, Two Years to Never. The album also marked a shift to more serious, reflective lyrics. Christian Ergueta left the band soon after; Mark left shortly thereafter.

As a three-piece band, Ghoti Hook released a six song EP titled EP on Velvet Blue Music. The group disbanded in 2002. The band's last concert was at Cornerstone Music Festival on July 6, 2002 with guest performances by both Conrad and Mark. The concert was recorded and released as a live album entitled Rest In Peace.

The band most recently played a reunion show on June 13, 2009 at Circle of Hope in Philadelphia, PA with the (also reunited) Huntingtons, Speedy Delivery, 274 and Main Line Riders. The performance was part of a benefit concert to support Jeannie Pierce, wife of Huntingtons' drummer Mikey Pierce, who is suffering from brain cancer. The band performed as a three-piece with an appearance from Conrad Tolosa on guitar for a few songs.

Websites:
Facebook: Ghoti Hook
External links are provided for reference purposes. Christian Music Archive is not responsible for the content of external internet sites.
Created by: siremidor on 06-January-2011 - Last Edited by siremidor on 04-September-2021