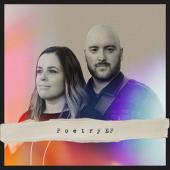 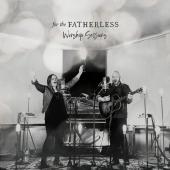 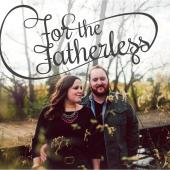 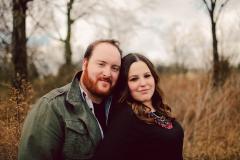 “Every day we have a choice to remain in the shadows and let our pasts define us, or we can trust God to raise us to life,” Brian Yak says, his words grounded in the weight of personal reality. But living in the shadows simply isn't an option for Brian and his wife Christa—singer/songwriters together known as For The Fatherless. Though heartache has profoundly touched each of theirlives, listening to the joyful harmonies and strong,memorable pop hooks of their self-titled debut, it's obvious grace and Hope have triumphed in a new season.

Christa and Brian have very different stories, but a common denominator resonates. As a child, she lost her father—a musician and worship leader— to a brain tumor, while a drug and alcohol addiction led Brian's dad to abandon his family. Although he never knew his biological father, Brian was adopted by his mother's husband and raised in a loving home. Despite the affection Christa and Brian always knew in their families, a sense of emptiness lingered in each of their hearts.

“We both know the feeling of growing up fatherless ,” Christa says. “It's something that needs to be addressed in the Church. We all share the same Father who loves us more than we can understand, regardless of our experiences with our earthly fathers."

Music became therapeutic passions as both Brian—raised in Pennsylvania—and New York native Christa, grew into accomplished singers and songwriters in their own right. Their noteworthy talents landed them at one of the country's top music schools. Meeting as students in the selective vocal program at Nashville's prestigious Belmont University, Brian and Christa began collaborating musically as their relationship grew, and following their marriage last year, For The Fatherless was officially birthed.

While the couple's beguiling vocals welcome a broad audience, it's their acute understanding of heartbreak and healing that proves gripping. Their trademark worshipful anthems—which feature such co-writers as Jeromy Diebler, Krissy Nordhoff, Brett Rutledge and David Moffitt, among others—are penned, Brian says, for "love-hungry" people, to show God's love as real and tangible as an earthly father's, but perfect and unfailing as only the Heavenly Father can be.

Kicking off the couple's 10-song debut, “Not of the Night” is a vibrant pop gem inviting listeners to gather at a bountiful table of love and freedom. “We hope this song encourages people that they are more than their failures, mistakes, addictions and chains,” Christa states. “The bridge simply says, „We are more, We are Yours,‟ to bring home the amazing Truth that because the unfailing Father has adopted us as His own,we are more worthy, more deeply loved, and more forgiven than we could ever hope for or imagine.”

Shifting gears, “My Anchor True” is among several decidedly worshipful selections that reflect the couple's vocational foundation. Serving as worship leaders at Buffalo, New York's The Chapel at Crosspoint, the song has already become a favorite of their congregation.

“As Christa and I have traveled and shared our songs and our testimonies, we've realized that we really can't be strong for each other or for other people unless we're trusting the Lord to be strong for us,” Brian says. “ We sing „My Anchor True‟to recognize God for who He is as our strength and our refuge. When we lean on Him we have the Hope of Hebrews 12:28 that we're receiving a Kingdom that cannot be shaken.”

If songs like “My Anchor True” and “The Time of Singing Has Come” embody the duo's priority of worship, it's the album's centerpiece, “Unfailing Father,” that ultimately defines their purpose. “If someone were to ask which song summed up the heart of For the Fatherless, „Unfailing Father' would be it,” Christa states. “It was one of the first songs born out of this ministry. I really don't think Brian and I even completely understood how true and powerful these words would be in our own personal stories.” “There are some songs that you write and some songs that write you,” Brian echoes.“ We wrote this song before I met the earthly father that abandoned me 24 years ago. It was the most worthless I've ever felt in my whole life. My head was spinning, but I was able to look him in the eye and tell him I forgave him.”

“Every time I feel the weight of offering that forgiveness and making it really true in my life, I find myself coming back to God, brokenhearted,” he adds. “When we sing ‘search no farther than the unfailing Father,’ I'm singing to remind my heart to trust the Lord to never leave me or forsake me.”

While finding and meeting his biological father didn't kindle the kind of relationship Brian had hoped, his heavenly Father has more than afforded him the ability to see beyond the heartbreak once again—this time with even greater purpose. So far Christa and Brian have witnessed the ministry of For The Fatherless bear fruit in the lives of others, not to mention their own.

“We have a deep longing for others to know and understand God more clearly and deeply as their heavenly Father,” Christa says. “ I pray our music can help provide healing for those who have been abandoned or have lost their earthly fathers, as well as draw people to the Father's heart for the first time.”

“I traded an open-ended story of shame and confusion for an open-ended story of forgiveness,” Brian concludes. “And I want to help other people do the same by following Jesus and his example of unconditional forgiveness." With a mission to reveal the depths of the Father's unfailing love, Brian and Christa Yak have no time—and no need—to dwell in the shadows of their past. They are fatherless no more, and it‟s the reason they sing. 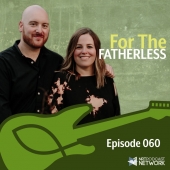 Brian and Christa Yak met in college as members of the same jazz group. After spending time together on a tour or two, they discovered that they had similar “father stories.” And as they learned more about their earthly fathers, they realized that their heavenly father would fill some empty shoes left behind by their dads. And now that they are married and starting a family of their own, the fatherhood of God takes on a new meaning. So, it’s a real honor for me to introduce you to Brian and Christa from the band For the Fatherless. 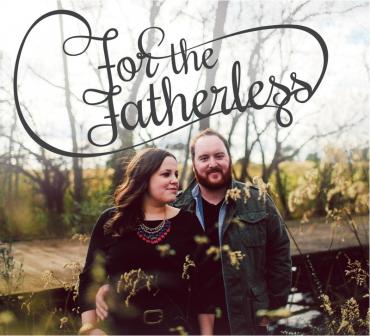 For the Fatherless heralds hope and healing with self-titled debut
August 06, 2014

NASHVILLE, Tenn.— For The Fatherless, the self-titled debut from singer/songwriters and worship leaders Brian and Christa Yak, bows tomorrow. Offering Hope for all who have lost or not known an earthly father, the husband/wife duo celebrates the ultimate healing found in God’s love.