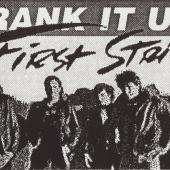 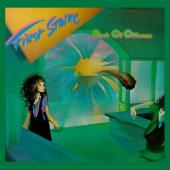 First Strike is listed in the credits for the following albums: 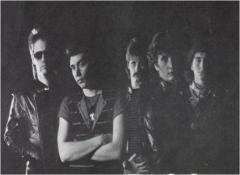 Another band from the Exit Records years, First Strike released their classic rock album in 1984. It was produced by Michael Roe of the Seventy Sevens.

In 1984 there was quite a bit of heavy metal, new wave and punk, but very little “hard rock.” In fact, hard rock has always been generally lacking as a genre in Christian music. The fringe and most popular styles always seem to be represented, but very little in regards to just good old fashioned hard rock.

Sounding like 38 Special after discovering a heavier rhythm and longer guitar solos, First Strike’s debut release, Rock of Offense was a breath of fresh air in the stagnant world of rock music in CCM. First Strike struck at the heart of fans of Triumph, the Scorpions and Journey. Wall of sound backing vocals supporting loud drums (with actual fills), pounding bass and extra crispy and crunchy guitars.

Lyrically the band branched out into topical fair that would later be the norm for Christian alternative and heavy bands, but at the time were considered risque and controversial. There was no secret as to the content of the songs as the titles pretty much told the story. Loneliness Kills, Hurt By Love and Dirty Loving are self-explanatory. The latter caused several Christian Bookstores to ban the sale of the album.

The band would later release a four song cassette that was no where near the quality. Like too many other bands of the era there was never a real follow up project or supporting tour and the band just disappeared. This always seems to result in the lack of presence on CD which is real shame given the quality of Roe’s production on the album.