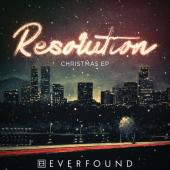 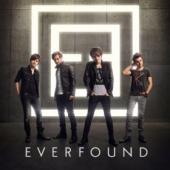 Everfound is a Christian pop-rock band based in Denver, Colorado, consisting of 4 Russian brothers (Ruslan, Nikita, Yan, and Illarion). Their family moved to Colorado in 1996, as political refugees from Russia. Since their formation, they have independently released three EPs and one full length independent album, Colorful Alibis and Scandalous Smiles. They released their first major-label self-titled debut on July 16, 2013.

The band consists of the Russian-born Odnoralov brothers, who emigrated from Russia to the United States city of Denver, Colorado while they were young kids. In addition, Ruslan and Yan came up with the band name "Everfound" when they bandied names about, saying they "really liked the idea and thought it fit who we are so we decided to stick with that." They said the name is from "John 10:29: 'For my Father has given them to me, and he is more powerful than anyone else. No one can snatch them from the Father’s hand.' (NLT)". In addition, the band noted that it was their grandmother who first introduced them to music at an early age, and even taught them to play the piano. The band considers Nikita "the dramatic, emotional one"; Ruslan is considered the "Dad" of the band. Yan is looked upon as "The Comedian," and Illarian is considered "The Sophisticated one".