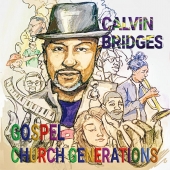 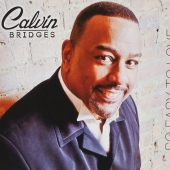 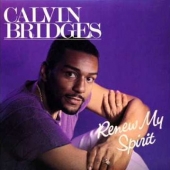 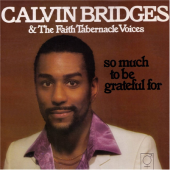 Calvin Bridges is listed in the credits for the following albums: 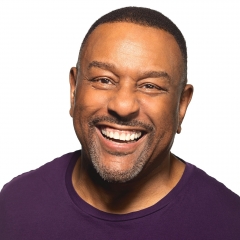 Calvin James Bridges is an American gospel musician. He started his music career in the early 1980s. His album Renew My Spirit, on Word Records, was his breakthrough release on the Billboard Gospel Albums chart.

Born in Chicago, IL, Calvin Bridges was nurtured by the rich heritage of Chicago's Gospel and Soul music pioneers. He started singing and playing piano in church at age 9. Following high school, his professional career began as a solo singer and studio musician, performing with bands in prestigious R&B and Jazz clubs. But as Calvin realized the call on his life, he also realized that “The greatest gift I have received from God is my voice. I want to use it to sing to the whole world of God's love!” And that was the beginning of Calvin devoting his talents entirely to his faith and focusing on Gospel/Inspirational music.

After studying theology, Calvin was ordained an Elder and Minister of the Gospel in 1981 and is currently a member of the Apostolic Faith Church, Chicago, IL. He writes and sings songs, preaches, and presents Gospel music workshops and concerts worldwide with a vast repertoire of songs spanning more than 50 years of Gospel music. Additionally, Calvin hosts GLOBAL GOSPEL GLORY Internet Radio Show heard around the world on Tabernacleradio.org & FaceBook Live. His vision is to spread the awareness of the Gospel's love, diversity, and inclusion through music worldwide, singing and teaching nations the Good News about Jesus! 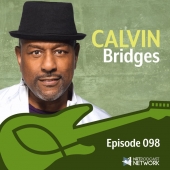 Ever since I was in Junior High School, I've been discovering more and more people who make music glorifying God, and one of my more recent discoveries is a man named Calvin Bridges. Calvin is currently a pastor in Chicago, but he has been making music since the 1980s. His album Renew My Spirit was a breakthrough release on the Billboard Gospel Albums chart. Calvin has released twenty albums, many of which feature some fantastic Gospel choirs.