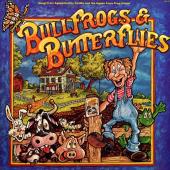 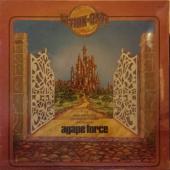 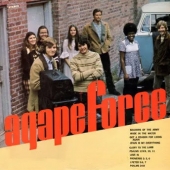 Agape Force is listed in the credits for the following albums:

In April of 1970, four Christians, all from one youth group, at one church in Garden Grove, a Southern California suburb in Orange County, started to seek God about how He wanted them to reach people for Himself. They decided, after much prayer, to share the message of Christ's love anywhere a door opened and to anyone who would listen. This was the beginning of Agape Force.

Agape Force was, by today's definition, a missions organization but more closely resembled the revivalists of old, EXCEPT rolled out in a way no one had seen before. They soon garnered a reputation for radical tactics, a revolutionary message, and walking in radical faith. For the most part, Agape Force teams took the gospel to the streets and churches of the US and Canada. Later, however, mighty works were started in Mexico, Australia, Africa, and other places worldwide. Their efforts also made a considerable impact and influence in the Christian Contemporary Music genre.

In 1990 after twenty years, the Agape Force was disbanded. ONE GENERATION. Yet, the love of God lives on through the lives of those who committed big portions of their youth and young adulthood, many giving their college years to God full-time, joining themselves to this idea of using "every open door" and the calling and hope of seeing revival come to America and the world. Many are still involved in various kinds of ministry today. Amazingly, dozens, perhaps even hundreds, of ministries and churches were birthed out of the Agape Force itself.

All over the world, there are Agape Force alumni (and those they have discipled) who continue to press on toward their high calling in Christ Jesus. Whatever they have gone through, where ever they are. Whether they have finished their race or still press on, God's love continues to be "the greatest force in the universe."

Websites:
AgapeForce.com
External links are provided for reference purposes. Christian Music Archive is not responsible for the content of external internet sites.
Created by: siremidor on 10-February-2016 - Last Edited by siremidor on 21-June-2022