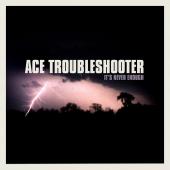 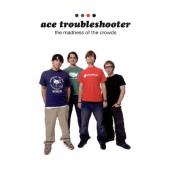 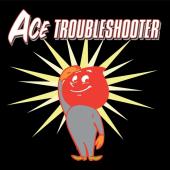 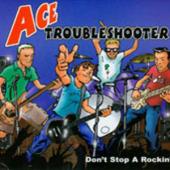 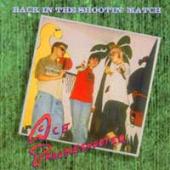 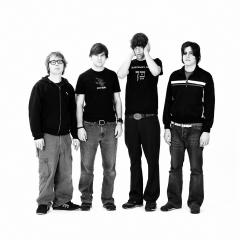 According to Every band has its foundation, the core members who through thick and thin remain the stabilizing creative force behind the music making as others come and go. The ability to persevere is nearly as important as the members’ proficiency as music makers. For Minnesota natives Ace Troubleshooter, the backbone of the band has always been vocalist / songwriter John Warne and drummer Josh Abbott. Having released two albums over the last four years on Tooth and Nail and touring America multiple times over, Ace Troubleshooter are poised to launch out of the underground with their own exciting brand of modern pop flavored rock and roll.

One of the challenges any band faces going in to recreate themselves in the studio is to come at their craft with a new and fresh approach, not wanting to alienate their fan base but to challenge their own creative abilities. That challenge can be even greater when there is an internal shift in the band and long time members exit. Over the last two years, life on the road took its toll on Ace Troubleshooter and the band went through a line-up change that might have left less resilient bands down for the count. With the loss of both a guitarist and bass player, both Warne and Abbott were forced to look else where for another half of the band.

“Josh and I have always been in the band,” Warne remarks about the two remaining members after the touring departure of their guitarist and bass player. After taking some time to regroup and write a new record, the remaining members found allies among their circle of friends. “Toby Zimmerman, our new guitarist, and Joe Krube, our new bassist, both joined the band about a year ago. Toby had been a friend of a friend from Boston whose band played with ours when we were in the northeast. Joe sent us a videotape of himself playing as his audition; the clincher (at least for me) was his flawless performance of the Super Mario Brothers theme? The band as a whole is cohesive and shares a similar musical direction.”

The culmination of each member’s talents couldn’t be more evident than on their latest Tooth and Nail offering, Its Never Enough. The band has always understood good song writing and how that translates to a crowd inundated with three minute hits whose creators’ fame lasts about as long as the songs themselves. “I’m a sucker for good melody and catchy hooks,” Warne admits when asked to describe the songs performed by the new unit. “A lot of the music we listen to has certain pop sensibilities, and we lean more in that direction than say some of the more obscure stuff we like. I try to write for people like me.”

Produced by Tim Patalan (Sponge), the band’s third release is a lesson in modern pop music. Not that the Band’s first two releases didn’t contain a liberal dose of commercial sensibility, but Its Never Enough seems to tie up the loose ends and finish the stories the band was creating on both of their former releases. With a new album, new line-up and new vision, Ace Troubleshooter is prepared to tackle a new era in the band’s career. Regardless of what the future holds for this young band, like the title of their record, nothing but success will be enough!