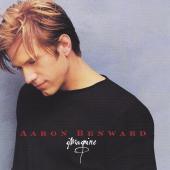 Aaron Benward is listed in the credits for the following albums: 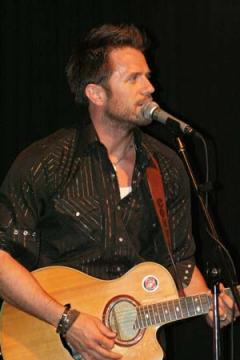 Aaron Benward has been a member of:

Aaron Jeoffrey Benward is an American singer-songwriter first rose to fame when he formed a duo with his father, called Aaron Jeoffrey.

Benward is the son of Candice and Jeoffrey Benward and has two siblings, Sareece and Colin. In high school, he left his mark as an All-State football, basketball and soccer player and was the US Army Scholar/Athlete of the Year for his school. After graduating he decided to pursue a college degree before getting involved in music on a professional level. He went to school on a soccer scholarship and studied at Belmont University in Nashville, Tennessee.

In 1991, he surprised his father Jeoffrey when he told him that he wanted to follow his steps in the music business. They went on to form a unique son/father duo called Aaron Jeoffrey that achieved much popularity in the CCM scene. They garnered 10 #1 CCM singles and sold over 1,000,000 copies on all three of their EMI released albums combined.

Aaron met his wife, Kenda, in San Jose, California and married in 1994. They have 3 kids named Luke, Gracie and Ella.

In the late 1990s, Aaron decided to pursue a solo career. While recording his first solo album, Aaron, his wife and children, were involved in a near fatal car accident. After recovering from his injuries, Mr. Benward was able to release his debut album titled Imagine, in 2000.

In 2009, Aaron, along with his friend Brian McComas, created a show in Las Vegas at Green Valley Ranch Hotel and Casino, called "Nashville Unplugged: The Story Behind the Song", that features hit singer/songwriters from all genres and is a "back porch style" show where the audience is able to get a sneak peek behind the curtain of how hit songs are born.

In March 2012, Aaron moved his creative forces and his family to LA and signed a new exclusive music publishing deal with Cornman Music/Warner Chappell.

Websites:
Facebook: Aaron.Benward.96
External links are provided for reference purposes. Christian Music Archive is not responsible for the content of external internet sites.
Created by: siremidor on 26-July-2010 - Last Edited by siremidor on 24-October-2019