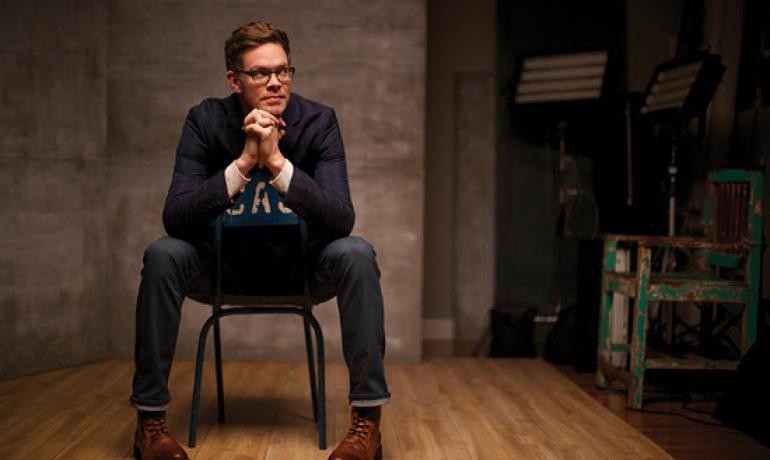 Nashville, TN ---- It’s been a record-breaking week for the talented Jason Gray, as his current album Love Will Have The Final Word debuted on Billboard’s Christian Albums chart at No. 10. This is the highest album debut for the Centricity Music artist, with a project that features continued growth and maturity as a singer/songwriter. Produced by Jason Ingram (Chris Tomlin, Sanctus Real, Tenth Avenue North) and Cason Cooley (Derek Webb, Andrew Peterson), the album has been honored with strong reviews from numerous media outlets.

CCM Magazine – “By far his stronger work, the record is steeped in love and hope, finished off with a fresh fervor for truth, compassion and grace.”

NewReleaseTuesday.com – “If you are looking for the top male singer-songwriter album of the year, look no further than this stellar offering.”

JesusFreakHideout.com – “If there is one thing Gray does well (amongst all the things he does, in fact, do well), it is to craft music that appeals to nearly all musical audiences, be it the fervent enthusiast, the cynical critic, the casual consumer, or even the simply disinterested.”

“We are overwhelmed by the response to Jason's new project,” says Steve Ford, Vice President of Marketing, Centricity Music. “Jason toiled to deliver a record filled with songs that emotionally connect with people, and we think he delivered that by writing his best songs to date. To have radio, reviewers and fans react so positively is proof of the hard work Jason and the team have put into this record.”

The first single from the new album, “With Every Act Of Love,” marks the first No. 1 single for Gray on Billboard’s AC Indicator chart, and the second No. 1 song of his career. “Nothing Is Wasted” reached the top of the Soft AC chart last May. At the same time, the song received strong audience support during the recent KLOVE Listener Appreciation Tour where fans packed the venues in Baton Rouge, LA; San Antonio, TX; Oklahoma City, OK; Denver, CO and Kansas City, MO. Also appearing on the tour were labelmates Unspoken and Carrollton.

Up next for Gray is The Bible: Son of God 2014 Tour that launches March 20th at Saddleback Church in Lake Forest, CA. Gray will join Natalie Grant, Francesca Battistelli, Sidewalk Prophets, Chris August and Meredith Andrews on the 16-city tour. For additional tour updates for Gray please visit online: www.jasongraymusic.com.