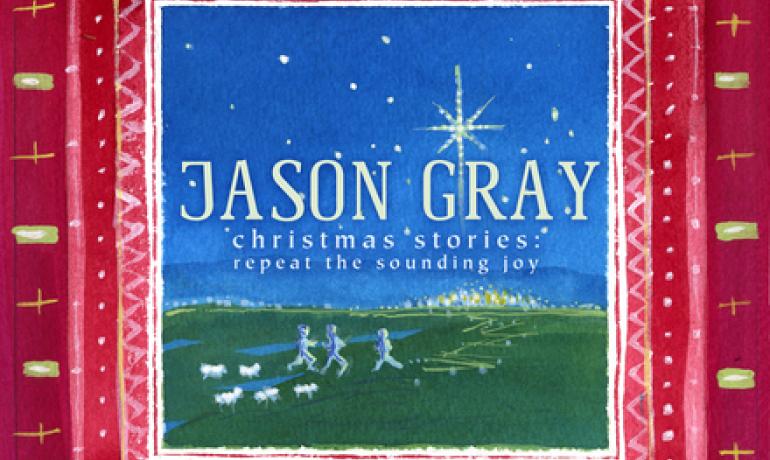 Nashville, TN ----- Singer/songwriter Jason Gray continues his holiday tradition, when he launches his 3rd annual Christmas Stories Tour on December 6th in Dubuque, IA. The 8-city tour will also feature Centricity Music’s breakout artist, Lauren Daigle, and the powerful rock band, Carrollton. Gray will be performing songs from his 2012 album, Christmas Stories: Repeat The Sounding Joy, while Daigle will treat audiences to “Light of the World,” and Carrollton will perform “What Child Is This?” The latter two songs are from Centricity Music’s 2013 album, Christmas: Joy To The World.

“I’ve always felt that if I could be known for only one record, I’d want it to be my Christmas album,” says Gray. “I have such a deep sense of gratification and gratitude over these songs. I am glad that I got to join in the telling of the greatest story ever told, a story that takes us in and, if we let it, has the power to make us children again. Because there are so many hopes and fears, joys and disappointments, such loneliness and such love associated with the season of Christmas, I believe that there is great opportunity for healing. And so, I love to sing the story and watch it do its work.

I’m also grateful to have two of my sons out with me again this year—Kipper on keys and Gus singing his solo—but I’m also excited to have two special guest artists with me this year,” adds Gray, “Carrollton (who becomes everyone’s favorite band the moment they hear them live) and Lauren Daigle (whose voice and song, ‘How Can It Be,’ are taking radio by storm). Wow. These people are so authentic, gifted, and passionate. We are trying out a new format for the tour that will serve the story, keep it fun, and provide special moments with the different artists. I can’t wait to enjoy them with you!”

Gray just completed his first headlining tour, With Every Act Of Love Tour, that also featured labelmates, Unspoken, Lindsay McCaul and Carrollton. The 29-city tour was presented by World Vision and ran from September 26 - November 9. The tour was named after Gray’s No. 1 hit single and is from his latest album, Love Will Have The Final Word that is available at all online and retail music outlets.