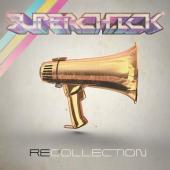 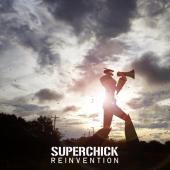 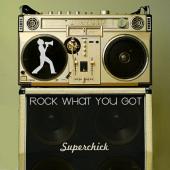 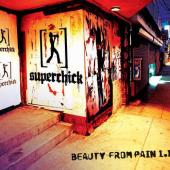 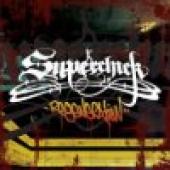 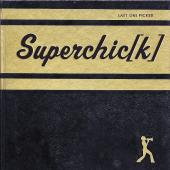 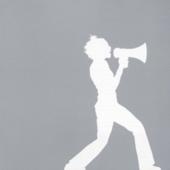 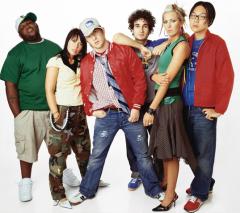 Superchick was formed after Max (keyboards, turntables, producer) had spent time on the road with his previous band, Church of Rhythm. While touring, he heard firsthand from fans about the issues teenagers face, especially teen girls. Issues like growing up in a culture where being good-looking is valued more than being good.

About this same time, Max was corresponding with a fan whose email name was Superchick11. Not only was her screen name cool and band-name-worthy, but she shared with him this story: The popular people at school told her that she could be part of their group if she dressed like them. The next day, she showed up with her gym clothes on over her clothes. She rebelled against her school’s petty political flow to make a point, and yet ended up winning the respect of her fellow students… she was eventually even elected homecoming queen!

Superchick11’s story inspired Max to start a new band (when he asked her if he could name his band Superchick11, she probably thought he was joking. Little-known fact: Superchick was originally called Superchick11 but the 11 was dropped somewhere along the line), with a mission to spread the word that it is “safe to be ordinary.”

Max’s Church Of Rhythm bandmate, Dave, joined as guitarist, a mutual friend introduced them to Matt who played bass, and sisters Tricia (lead vocals) and Melissa (guitar and harmony vocals) met Max at a Church of Rhythm show. The girls left their seats, and upon returning, found Max and friends sitting there. They met, he told them about the Superchick concept, and they auditioned on the spot. Soon Superchick was recording, touring and getting noticed by record labels and film and television music supervisors.

The word “Superchick” has since become a gender-neutral term used to describe someone who isn’t controlled by culture. It refers to a state in which you stop caring about what other people think. A “Superchick” doesn’t let other people’s negative opinions affect them- they just go and do what they’re supposed to do. ”Superchicks” know they are a unique creation and can live grander lives if they follow their dreams instead of taking the world’s path and its cruel ‘codes of cool.’ A “Superchick” can laugh at his or her mistakes – they know that they are more than their failures, because success is a journey and not a destination.

“Everyone is meant to be something amazing and special,” Max explains. “We feel like so many people are just entirely missing out on what they’re supposed to be because they think, ‘I could never do something like that.’ The band is an experiment in that sense. We were just a bunch of normal kids trying to do something amazing.”

“We started our band with the intention to motivate and inspire people to find their purpose, or at least to accept that they HAVE a purpose,” Tricia adds. “God made us for a reason, and that makes each one of us special…and every day of our lives, we can make a difference in people’s lives around us.”

And Superchick continues to make music with that same mission – to challenge listeners to strive for something other than the status quo, to encourage listeners to believe that they have a purpose in their life and are meant to follow their dreams, and to remind listeners that they are more than their mistakes, failures and pain. There is a “Superchick” inside everyone! 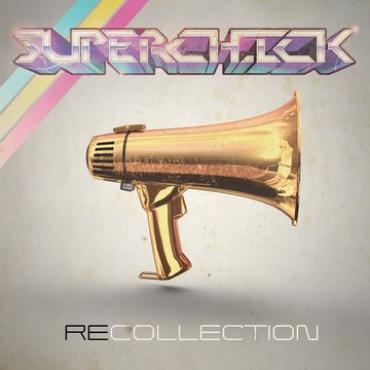 Nashville, TN - On October 29, GRAMMY® nominated pop/rock group Superchick will celebrate its legacy with the release of Recollection, a CD/DVD that combines five brand-new songs with 11 of the band's best-loved hits.