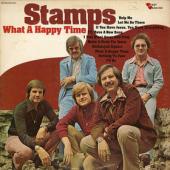 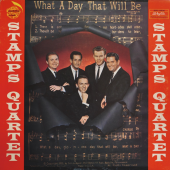 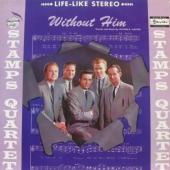 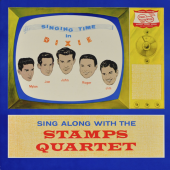 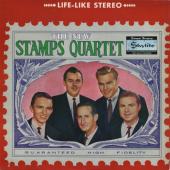 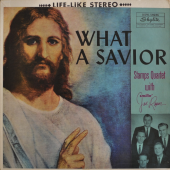 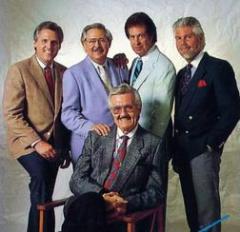 The Stamps Quartet was a Southern Gospel group from

Two Stamps and A Baxter
A series of significant events in the 1920s launched a legendary name in gospel music. It all started in 1924 when V O Stamps formed the V O Stamps School Of Music. Stamps’ brother Frank Stamps formed the Frank Stamps Quartet around the same time. Then in 1926, VO partnered with J R Baxter to form the Stamps Baxter Music And Printing Company. This partnership became the most successful publisher of shape note hymn books in the United States. V O Stamps also formed a quartet of his own.

In 1927, the Frank Stamps Quartet signed a recording contract with Victor records, making them the first Southern Gospel quartet to sign on a major label. They also had the first ever Southern Gospel hit single with Give The World A Smile. In addition to their recordings, they were introducing innovative practices for the time. When Dwight Brock (brother to Lena "Mom" Speer) joined the group at the piano, he was one of the first to introduce instrumental “turnarounds” between the verses. This move also established the now revered “four guys and a piano” configuration for male quartet singing.

Groups using various versions of the Stamps name were active until V O’s death in 1940. At one point, he even sued his brother Frank for using a duplicate (or nearly duplicate) name. The groups served a purpose that ultimately benefited from all the sharing, though. The Stamps-Baxter company published songbooks, and selling them was a key source of revenue for the groups and for the company in turn. At times, as many as 100 groups were using the word Stamps in their name.

Stamps Name Multiplied
After V O Stamps’ death, Frank Stamps became J R Baxter’s partner and took over his brother’s duties in the company. He also left his own group, the Stamps All Stars, to sing in the group his brother had owned, the Old Original Stamps Quartet. Under Frank’s influence, the publishing company began to arrange deals with many popular quartets of the day to sell Stamps-Baxter songbooks. In exchange, groups were allowed to use “Stamps” or “Stamps-Baxter” as part of their own name. The company also launched a number of groups with the Stamps name. The partnership lasted five years until Frank Stamps left his position with Stamps-Baxter and began a new company called Stamps Quartet Music Company.

The division did not bring about the end of the various quartets, however. Members of groups owned by the Stamps company were swapped around like modern sports stars, only more frequently. The Stamps All Stars were promoted as the top group in the Stamps family, so any time a member would quit, the next best man was immediately moved into his place. Finally, the “All Star” designation was dropped and the group that had been the Stamps All Stars had come to be commonly known as The Stamps Quartet. Frank Stamps decided to narrow his attention to publishing songbooks around 1950. The remaining group members recorded as the Stamps for a few years, but ultimately changed the group name to the Plainsmen Quartet and parted ways with the publishing company.

First Rebirth (1962)
A few years later in the early 1960s, the quartet was reborn, again as an outreach of the publishing company. Terry Blackwood, Smiling Joe Roper, Jerry Redd, Big Jim Waits, and Roger McDuff were members of the new Stamps around 1962. Ready for retirement, Frank Stamps sold his business to James Blackwood and J D Sumner a year or two later. By that point, the group included Big John Hall, Jim Hill, and Mylon LeFevre. In 1967, J D and James Blackwood “swapped” bass singers . . . Sumner went to the Stamps and John Hall came to the Blackwood Brothers. Part of the deal also consisted of J D giving up his ownership of the Blackwood Brothers and James giving up his ownership of the Stamps. Jimmy Blackwood went to work for J D in the Stamps at the same time. Donnie Sumner became the piano player in 1966 and then moved to the baritone slot when it opened up.

Working for the King (1971-1977)
As the 1970s rolled around, the Stamps saw a number of changes. Most notable was their launch into global stardom as the key backup group for Elvis Presley. Bill Baize was soon singing tenor, and Ed Hill later came to the Stamps from the Prophets. During their years backing Elvis, Sumner had some health issues, so Richard Sterban and others were used to sing bass at times. It was also during this period that the Stamps had their only female vocalists, Sandra Steele who was later replaced by Jennifer O’Brien. During their years with Elvis and as long as JD Sumner owned the group in the years that followed, they were typically billed as JD Sumner & The Stamps Quartet.

After Elvis’ death, the group was unstable with several members coming and going. By 1980, J D himself was filling in with Hovie Lister and the Statesmen. It was then that he and Lister hatched the idea for the Masters V, and the Stamps name was once again dormant.

Second Rebirth (1988-1998)
After eight years with the Masters V, James Blackwood and Jake Hess exited and the underlying concept of that group was significantly diluted. J D and Hovie carried on for a while with Shaun Nielsen, Jack Toney, and Ed Hill, but ultimately J D decided to revive the Stamps name. Warren returned to sing tenor while Toney and Hill remained with the group during the name change. Rick Strickland later replaced Warren on tenor and Jerry Kelso became the pianist. When J D Sumner passed away in 1998, the final members of the group were Sumner, Strickland, Ed Enoch, Hill, and Kelso. During the final years of the group, they toured the United States and Europe, appearing at numerous Elvis tribute events in addition to headlining on the gospel concert circuit.

Websites:
www.theStampsQuartet.com
External links are provided for reference purposes. Christian Music Archive is not responsible for the content of external internet sites.
Created by: siremidor on 25-November-2010 - Last Edited by admin on 07-January-2016