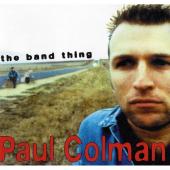 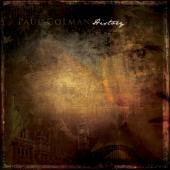 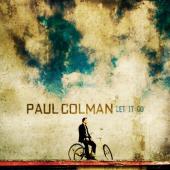 Paul Colman is listed in the credits for the following albums: 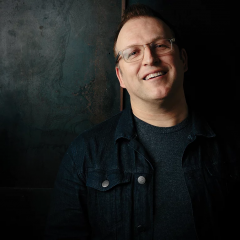 Paul Colman has been a member of:

Colman was born and brought up in London; his father is Australian and his mother is British. When he was seven years old, his father left his successful life of theater and music for a life of ministry back in Australia. His father was a long-standing Associate Pastor at Melbourne's Crossway Baptist Church and a well-known gospel singer. Colman thus began his musical career living in Melbourne, starting his first band when he was eleven years old. During the first part of his life, Colman did not take music too seriously and focused on his career as a high-school teacher of history, English, and religion. He currently lives with his wife Rebecca and daughters in Nashville, Tennessee.

He has made a name for himself as a Christian musician independently, with his band the Paul Colman Trio, as a solo artist, and recently with the Newsboys. His songwriting abilities have been acknowledged with a Grammy nomination and Dove Awards.

In 1998, Colman began the Paul Colman Trio, or PC3, in Melbourne; it has been credited as being at the forefront of the Contemporary Christian music scene in Australia. The debut single, "Fill My Cup", ranked number three on TRAA, and attracted more than 1,000 people for each CD launch in Sydney, Melbourne, and Brisbane. Colman fans can be found around the globe due to his willingness to travel sharing his craft with listeners from Uganda to Holland to Perth and beyond.

Colman announced in early 2004 that he would return to his solo career. His debut solo album, Let It Go, gained much popularity in America and Australia. After a couple of years, he joined the Newsboys in 2005., replacing the main guitarist Bryan Olesen who went on to focus on his band Casting Pearls. The first Newsboys CD featuring Colman, titled GO, was released October 31, 2006.

Colman stated in August 2006 that he would be recording a second solo album during the fall of 2006, probably during downtime with the Newsboys.

On January 5, 2009, Paul announced that he was leaving the Newsboys to concentrate on his solo career. According to his website, paulcolman.com, History a collection of cover tunes and previous hits will be released on January 27, 2009, along with 2 digital eps containing new material and other cover songs of Christian artists.