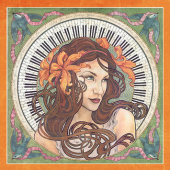 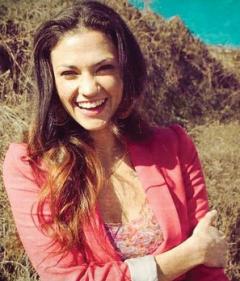 Natalie LaRue has been a member of:

Natalie LaRue is an American singer, songwriter, from Nashville, Tennessee. She has released four studio album with her band LaRue, formed by her brotherPhillip and herself, and an EP as solo artist.

As a vocalist, Natalie LaRue’s performance has been described by critics as “amazingly passionate,” “beautiful,” “soaring” and “mature.” Likewise her albums as part of the brother/sister duo LaRue have sold over half a million copies and been praised for their compelling, profound and worshipful integrity.

After ten years since her last album, the 28 year-old, self-taught pianist, wife and mother of three is excited to release her newest EP Even Now chronicling the lessons of faith, family and love that are on her heart from the past decade.

“Having navigated a transition from very young pop stardom to a very normal domestic life, the last ten years of Natalie's life have yielded a beautiful family, and some golden reflections on her place within that family,” Even Now producer Don Chaffer (Waterdeep) says. “They're also full of real prayers, and a sense of deep surrender to God. It's been a beautiful thing to watch her pull these songs up and out of herself and offer them to the world.”

Websites:
Twitter: @natabits
External links are provided for reference purposes. Christian Music Archive is not responsible for the content of external internet sites.
Created by: siremidor on 09-September-2013 - Last Edited by siremidor on 24-October-2019