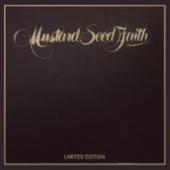 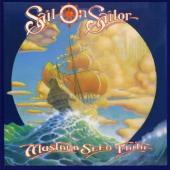 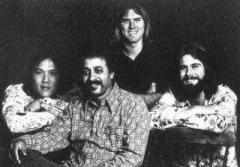 Not only does Sail on Sailor possess the greatest album cover of all time, it is also one of the most influential, powerful, compelling and lasting albums of the Jesus Music era. The recorded career of the band was actually quite short-lived, and, in fact, this amazing record almost never happened.

According to songwriter/guitarist/vocalist Oden Fong, recording album was not only an “afterthought” it was a never-thought. The band was really a group of musician-missionaries, brought together for the purpose of sharing the Gospel in places other would not or could not go. Many members also came from other bands (Love Song, Down Home) and were ministers first, musicians second.

But the bands faithfulness paid off as Maranatha Music’s head of ministry, Mike MacIntosh, was about to leave to start a Church. His last executive decision was to bless the band with a record contract and a recording schedule. Love Song’s Tommy Coomes was asked to produce and a young up-and-comer engineer, Jonathan David Brown, was hired to mix the album.

The album was record in the home of engineer Buddy King with a 16 track board with limited electronic enhancements and vocals that were recorded in bathrooms. The budget was well south of $20K and it was the bands goal to pay the guests twice as much as they would expect as a blessing for supporting the band.I have spoken with several people involved and I have yet to hear anyone complain about the process. In fact, many recall it as the best times of their lives.

The album was originally going to be called “The Lighter Side of darkness.” Calvary Chapel pastor Chuck Smith nixed the title and recommended they not use the word “darkness” to convey their message. They already had the album cover (by world renowned artist Rick Griffin)  concept completed and band member Lewis McVay (reviewed earlier) had written the song “Sail on Sailor” in response to a beach Boys song of the same name. The title not only worked with the artwork, the title song became the most popular song from the album and one of the great classic is Jesus Music lore.