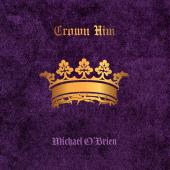 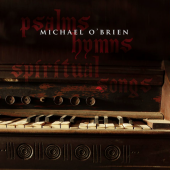 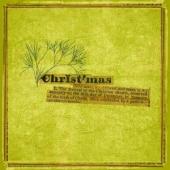 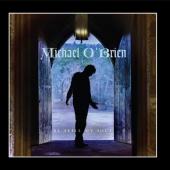 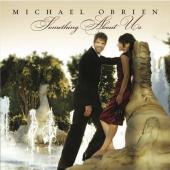 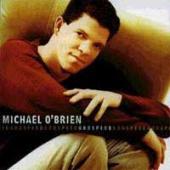 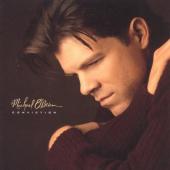 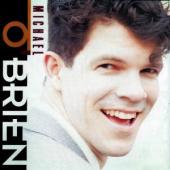 Michael O'Brien is listed in the credits for the following albums: 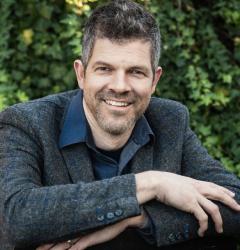 Michael O'Brien has been a member of:

The 19th Century English preacher, Charles Haddon Spurgeon, said it best: “I think you may judge a man’s character by the person whose affections he seeks. … When you observe a man who seeks the affection of those who can do nothing for him, but for whom he must do everything, you know that he is not seeking himself, but that pure benevolence sways his heart.”

When a man finally figures out that success and self-worth does not hinge on the career he’s building or the number of his assets in his possession but on his service and devotion to those most dependent on him, that is the beginning of something extraordinary.

For Michael O’Brien, a much-accomplished 20-year music veteran—perhaps most notably for his 7-year tenure as lead singer of the Christian band Newsong—that revelation changed the trajectory of his life and career. He left Newsong and came home, having been gone more than 225 nights a year for years, to seek the affection of his wife and children again. They reset their priorities, made huge adjustments to the calendar and began focusing on reconnecting spiritually and as a family.

“My true calling began 25 years ago, on March 3, 1989,” he says, of the day he and Heidi married. “It was to love my wife as Christ loved the Church, and lay my life down for her. My gifting has always been music. But now my gifting doesn’t take precedence over my calling. It never should have.”

“It’s such a beautiful thing, how marriage works,” says Michael. “We have learned so much, how hard it is to fight for your marriage and how rewarding it can be when you quit looking at yourself and stick it out. You hear people say how, after years of struggling in their marriage, they love each other even more. It so easy to focus on the negative, but that commitment is worth fighting for.”

Not that his gifts have been languishing. As so often happens when God ushers in season of change and growth, Michael’s true calling and his talent have converged. Two albums—2007’s Something About Us and 2010’s Be Still My Soul—capture the rebirth of romance in their marriage, as well as their renewed sense of hope and healing. Christ’mas, released in 2012, celebrates the sacredness of the season.

Doors of opportunity have opened for Michael to share his music and his and Heidi’s story of restoration. In addition to leading worship at various events, including Extraordinary Women Conferences and Wildfire Men’s Conferences, Michael has launched his own marriage enrichment date nights and weekend events called Tour De Romance.

“It’s so important to have ongoing marriage enrichment in the church,” Michael explains. “We need to care for those who are staying together. There are lots of big churches that offer divorce care, and that’s very important as well, but so many people are desperate for healing in their marriage and need encouragement. Marriage enrichment needs to be a priority.”

Tour De Romance is a night of music and inspiration, a big date night for married couples that need to reconnect with each other and with God. “There’s nothing heavy-handed about it. No teaching per se” says Michael, “but it’s an opportunity to be together, listen to some music that reminds us of what love is really about, remember how we first met, laugh together, break down some walls, share stories of struggle and restoration.”

This impact of this ministry, perhaps more than any God has entrusted him with in 20 years, excites and energizes Michael. “There are so many things I’m passionate about—my wife and our kids and how they love the Lord and how they might use their talents for Him—but I understand that it all falls under the sovereignty of God. He’s been so gracious not only to give us back our marriage and heal so many things that were broken, but also to entrust us to share what he’s done, to speak into the lives of others and to provide for our needs all at the same time. I am so thankful for God’s grace and redemption.”

Michael O’Brien is probably most known from his 7 year tenure as lead singer of the Christian band Newsong. But, he has actually been in the music ministry for some 20 years now and has built a reputation as an incredibly gifted singer/ songwriter with a heart for ministering to the body of Christ.

Sensing that God was calling him to step out of his secure position with Newsong in 2006, Michael had to literally start all over again. But if you ask him if he has any regrets in his leaving, he replies “I knew it was something that God was calling me to. I was somewhat apprehensive and yet excited to take a step of faith and completely put my trust in the Lord. God has not disappointed.”

Michael has realized the importance of controlling his calendar as well and making time for the most important calling of his life. His family. “I used to live on the road and my kids didn’t even miss me when I was gone. It wasn’t conducive for a spiritually healthy family.”

Now Michael is getting more opportunities to share how God restored and healed his marriage. “We were in a very bad place” Michael says. “I was not being the spiritual leader of my home and it had a huge negative impact in my relationship with Heidi and my children. The Spirit of God convicted my heart.” He is now encouraging couples that have been contemplating divorce, like they were, to not only stay together, but to run for help and get good Christian Counseling. “We have seen first hand the blessings that have come from us fighting for our marriage, even when we didn’t feel like it was ever going to work out. We have learned that marriage is not about happiness, it is about commitment.”

Michael’s most recent project Something About Us has been described by Michael as a musical love letter to his one and only. It has received critical acclaim from many of his musical peers. Natalie Grant says, “Michael O’Brien is such a phenomenal talent. His voice is a rare breed in today’s musical climate. I’m a sucker for music with a nostalgic sound. This is just great classic sounding music. He reminds us what true love is all about.” Country Artist Mark Wills says Michael is his “favorite singer of all time,” while Nicole Mullen says “Michael O’Brien has outdone himself! This cd is wonderful, and  highly recommended for all married couples. It’s about time that  someone has given us a clean, passionate, beautiful backdrop for falling in love all over again. Out of  four stars, I’d give it a six!”

Something About Us is filled with 14 original love songs that come out of a pure and holy devoted love solely between a man and a woman. Laced with silky smooth vocals and lush string arrangements performed by the Irish Film Orchestra (Dublin, Ireland) this cd is a must have. Michael says “Our goal was to create a work that would give couples an opportunity to have romantic interludes in a style reminiscent of Nat King Cole. It’s like Song of Solomon set to music. Romantic! Poetic! I believe Christians should be writing the most beautiful love songs ever. The Love that Heidi and I share comes from the Author of love. God! As Christian couples, our marriages should be a city on a hill!”

In the last several years, Michael and Heidi have shared their story of restoration on National Television and radio broadcasts across America. Ministries that have partnered with Michael and Heidi are The Billy Graham Association, Family Life Today, The 700 Club, Life Today, the TBN and Daystar Networks, Babbie’s Place, Rick and Bubba Radio, Steve and DC Radio, Living The Life, and Faith Café, just to name a few. 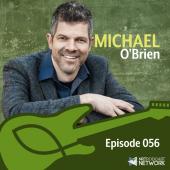 Today’s conversation is with Michael O’Brien. Michael was the lead singer of the group NewSong for several years. He also had a successful solo career spanning more than 25 years. But despite the powerful ministry and successful career, Michael had a secret that he kept hidden from his family and friends. And that secret started to ruin his life and was about to destroy his marriage. This is a story that we can all learn from, and I hope you will share this episode with men you know who might be struggling with sexual purity. 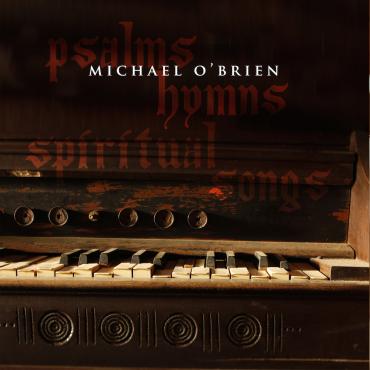