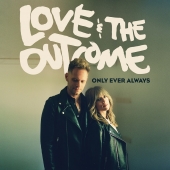 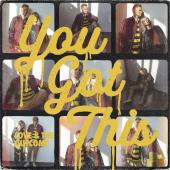 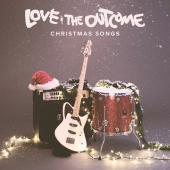 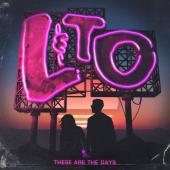 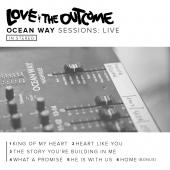 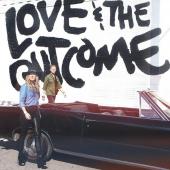 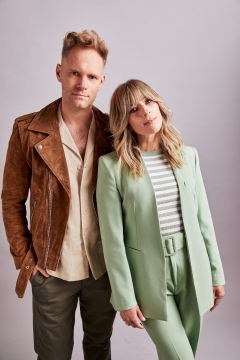 Love & the Outcome is a Christian Contemporary-Pop rock husband-wife duo from Winnipeg, Manitoba, Canada. They released their self-titled debut album on August 27, 2013 and won the 2013 GMA Canada Covenant Award for New Artist of the Year.

Imagine, if you will, selling most of your worldly possessions (including the place you call home) and hitting the road to pursue a musical vision. You're leaving your native country. You have no idea what's ahead. You don't know where you'll rest for the night. You take stock and realize that all you have—or all you have left—are your songs, your dreams, your spouse, and your trust in God … and these four things make up the rope of hopefulness you cling to, day in and day out.

Proving that truth is stranger and more beautiful than any fiction, the husband-wife duo Love & The Outcome have packed their debut album with songs that speak to the faith journey they've braved these past few years. Vocalist Jodi King and her husband, bass player Chris Rademaker, have come a long way since selling their condo in Winnipeg, Manitoba (about 400 miles northwest of Minneapolis) in 2010.

"Life on the road was all we'd ever known," says Jodi, who met her husband while they toured with venerable Canadian worship artist Jon Buller. "So when we hit the road, we just responded to what God challenged us to be” as musicians sharing (and inspiring) faith through song.

“We kept traveling and sharing our songs with anyone who’d listen,” Jodi says. “That's what makes this record so special and so different: We were living on the edge. There is a hunger, a letting go and a grabbing-hold-of at the same time. We lived in the middle of so much tension in those two years—coming to know who God was—but also coming to trust the journey."

You can hear the thrill of hanging on in a song like "He Is With Us," an unabashed sing-along anthem that stomps and chimes its way to the catchiest of choruses: "He is with us, he is with us/ Always, always." It also answers an opening-line question any believer can identify with: "Remember when? Your hope is lost and faith is shaken."

Like the album itself, "He Is With Us" balances Chris' rock sensibilities (he's a fan of U2 and Coldplay) with Jodi's love of melodic, female pop artists (à la Amy Grant and Sheryl Crow). Yet if the style sounds distinct, it's one the duo happened by accident. Jodi was still a solo artist (and riding on the acclaim of her 2010 debut LP,Little Smile) when Chris began to fill in on guitar at select shows (between gigs with his band, The Attics).

Then the Attics folded, which led Jodi and Chris to consider a new artistic direction. As Jodi recalls: "We thought, 'What an ideal opportunity to start fresh.' It just got to the point where I couldn't imagine doing this without him." And so Jodi the solo artist became half of Love & The Outcome.

For Jodi, “Heart Like You” is the one track that most reflects her heart for Jesus. As she puts it, all the changes in her life these past few years have proven both thrilling and disorienting as she sought to stay centered in what matters most: “'Heart Like You' was really a prayer, to stay in love with God."

Another standout track on this album full of standouts is "City Of God," which garners inspiration from all the world traveling Jodi and Chris have done recently. "We've traveled to Liberia, the Philippines and China in the last couple of years," Chris says. "When you're together and you're worshipping, everyone is the same. It doesn't matter what you look like or what you smell like: Everyone wants to welcome you into the family."

Yet in talking about the buildup to this crowning moment, Chris carries with him the memory of a loved one he lost along the way: "My mom has been a big part of our journey over the past couple years," Chris says. "She passed away two years ago after a difficult battle with cancer and the whole experience really shaped how we approached our career after that, to the point that we weren't sure we would carry on in music professionally."

Yet if grief had the couple reconsidering everything they'd risked and lost, other plans—redemptive plans—soon revealed themselves. You're trotting the globe. Husband and wife. What happens when your craziest dreams come true: you get signed, and invited to share your music on a larger platform in a new country? That's easy, if you ask Jodi and Chris: Dream some more. Pass it on. And put the spotlight where it belongs, Jesus.

"We want to inspire people to follow Jesus,” Jodi says. "We want these songs to become a lifestyle, and hope that the truth of these songs goes beyond the thrill of the live show to plant a seed in people's hearts: to go for the things that they might be afraid to go for and join this joyful revolution. That's the whole point. A life that requires faith is worth living, and a life on the edge is one where you live hand-in-hand and arm-in-arm with God. That's what we're living for." 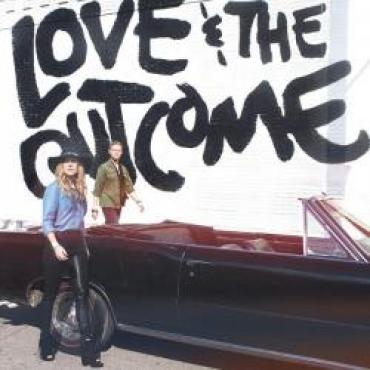 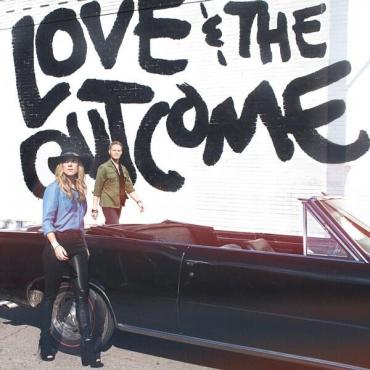 Word Entertainment’s Love & The Outcome, recently included in Billboard’s “Bubbling Under” feature on new and noteworthy acts, are gearing up to release their self-titled debut album on August 27.