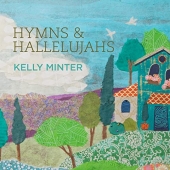 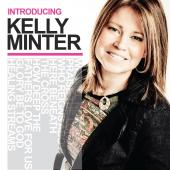 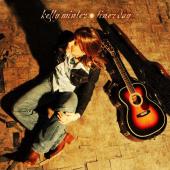 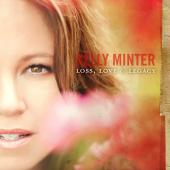 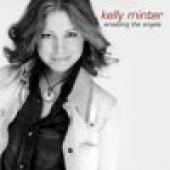 Kelly Minter is listed in the credits for the following albums:

Kelly Minter grew up in Northern, Virginia, which is an important distinction because it means D.C. Metro, traffic and politics more than the Blue Ridge Mountains. She feels at home in the city but also lovse a good cabin. Kelly moved to the South in her twenties to pursue a career in music where she got used to a slower pace and to biscuits. She signed a Nashville record deal and was whisked to the heights of happiness and fulfillment and fame. Not at all.

Three records later—that never quite got off the ground enough for her to actually do things like keep the electricity on or eat—She tried her hand at writing a book. As far as pesky little things like sales are concerned, this did about as well as the music. But she learned a lot about writing and also about the idols she was trusting for worth and meaning. She says, "I had a bunch of those ‘cracked cisterns’ in my heart as mentioned in Jeremiah. The kind that don’t hold water. I was looking to people, career paths and notoriety to fill me, but whatever splashed into my bucket only leaked out. Maybe you can relate?"

Before her move to Nashville, Kelly grew up the oldest of four. Her parents started a church the year before she was born, so she had the great privilege of growing up a pastor’s kid. Both her parents have genuine relationships with Jesus, and though their family didn’t always get it right, they mostly got it real. "As a child I struggled with acute anxiety and waves of depression before I or the people around me had much language or help for such things. The Word of God became my balm. This is one of the reasons I love the Bible so much," shares Kelly.

"It’s also why I jumped at the opportunity to write a Bible study for LifeWay when they asked if I’d be interested. (This was around the same time when I’d run into people I hadn’t seen in awhile and they’d say encouraging things like, Oh are you still here?) So, yes, I was happy to write—and even more so about a Book that had so changed my life. Since the Lord was deconstructing just about every false god I had scurrying around in my life, I thought a study on confronting modern-day idolatry seemed like a good topic. And a bestseller—who wouldn’t be excited about dealing with their idols? I also thought it a good idea to invite real, breathing people to my house to pilot the material I was writing. We cooked and ate together, dug through the passages with intensity, prayed with one another—and laughed for hours. (That was before everyone started having kids). Shortly thereafter, No Other Gods was published.

The following summer one of my favorite bible study teachers, Beth Moore, led her blog community through that very study. Beth’s teachings were much of what God used in my earlier life to teach and transform me, so when I found out about the blog I pretty much had a MOMENT. Speaking engagements, a few books, bible studies and music followed (list here).

So did a trip down the Amazon in a riverboat. As in…the real one in the jungle, people.

I’d been invited on a riverboat adventure to serve the forgotten people of the jungle. My comfortable, western lifestyle and mindset was blown. Since then I’ve traveled to the jungle numerous times with an organization called Justice and Mercy International, and I wrote a book about it. I sit on the board of JMI—which makes me feel like such an adult—and I’m a proud supporter and participant of their annual jungle pastors’ conference. The invitation to be on mission with God, both here and abroad, is one of the greatest joys of my life.

Today I spend my days studying and teaching the Word of God—the very words that have changed my life. I also get to sing and write music, which is such a bonus. Other joys include teaching a Bible in my home—and serving coffee to the girls in weighty diner mugs (the younger generation must understand this gift). I adore community, which naturally means I’m zealous for all things food, cooking and gardening. I’ve adapted the southern love of college football. I am an ecstatic aunt of five nieces and nephews who say things like, “You’re the best Kelly ever”, even when I don’t feel like it. In all things, I delight in the person of Jesus in whom is found the only redemption this world has ever known. My joy is to know Him, talk about Him and teach the Word that is all about Him."