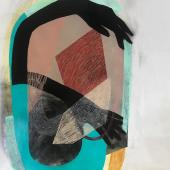 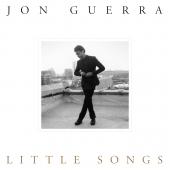 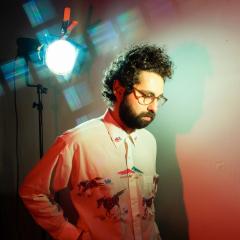 Jon Guerra has been a member of:

With a penchant for thought-provoking lyrics, innovative instrumentation and pleading vocals regularly wrapped around an entrancing, worshipful undercurrent, Jon Guerra is steadily being recognized as one of today’s most gifted, intellectual and groundbreaking singer/songwriter/multi-instrumentalists. But just because he’s meeting the world at large with Little Songs (Essential Records) doesn’t mean the Chicagoan (raised in Wheaton, a salt-of-the-earth Midwestern small town) is a newcomer to his craft.

While diligently studying Bob Dylan, Rich Mullins, Sufjan Stevens and Rufus Wainwright, along with influential poets Emily Dickinson and George Herbert, plus novelist Marilynne Robinson, Guerra essentially spent his entire artistic journey switching between local band and solo life. He’s been courted by mainstream labels, opened for the likes of .fun, and even served as a jingle writer for massive companies like Comcast, Chase Bank and Allstate Insurance. By 2013, the artist of many associations also became a member of Vertical Church Band, the worship band from Harvest Bible Chapel in Chicago, where he continues to serve when not on tour.

“I was invited to write songs with Vertical Church Band, and I went on one of their writer’s retreats, though I’d never done anything like that before,” recalls Guerra of the eventual road that led to Little Songs. “I’d done faith-based music - not corporate worship in the way we understand it today - but I figured ‘well, I’m here, I want to help and I’ll try my best.’ It was on that trip that I wrote ‘I Will Follow,’ which first came out as a single on my Glass EP last year and is also on Little Songs. My church really took to that song, and I thought, ‘maybe I can do this. Maybe I can write songs in a way that makes sense to me, while being helpful for people in my church.’”

Like many of his groundbreaking muses, Guerra brings intelligence, passion and originality to every angle of Little Songs, which shows just as many shades of a timeless troubadour as someone with a truly revolutionary approach to congregational contexts. It’s no wonder he’s attracted a sizable listener base within and without the church community, while becoming a recurring favorite for the folks at Relevant Magazine and its massive audience of those thirsting for spiritual authenticity.

“The most personal songs are the most worshipful. For this record, that’s just where it went,” he confirms. “All of these 11 songs are my best effort at being a songwriter, at pleasing God, at giving something that I think is going to be useful to my friends and family in their journey of faith, and something that will be useful to churches on a Sunday morning as they’re trying to engage with God as a faith community.”

Continues Guerra: “For me, art is hewn from my heart, from my personal experience and what happens in those moments of solitude. Every song is written from a very private place, and then it’s also consumed in a very private place, generally speaking. People have their headphones in, people are in their cars and it’s like deep calls to deep in that regard. Some of these songs are written in the middle of the night when I can’t sleep. Some of them are written with very dear friends when we’re talking about something and we feel like a song needs to be sung about that subject in a way it hasn’t been before.”

While Little Songs is replete with examples, perhaps the lead single “Nothing Better” is an ideal place to start. Listeners are sure to marvel at Guerra’s vocal gymnastics spanning several different octaves, his unexpected yet suave blend of acoustics and synths, plus plenty of deliciously catchy hooks. “Pop music so beautifully captures a moment. ‘Nothing Better’ speaks of those very acute moments when we experience the love of God with complete liberation and freedom. The song is meant to capture the joy and exuberance that comes in those moments.”

More than any other track on the ambitious album, the ethereal and delicate “Every Little Song” seems to best summarize Guerra’s visions for the collection and it’s clearly no coincidence to find it ranking amongst his personal favorites. “It completely encapsulates everything that I think this record ought to be about. There’s no consistent theme or concept, but every song is an offering and every song is an attempt at writing faith-based material in a way that stays true to the faith and true to my sense of art. And I just love singing it. It’s a fun finger-picking pattern, and I love the melody.”

Thus far, everyone from capacity crowds in cozy clubs to arena-sized audiences on The Rock & Worship Roadshow (alongside Crowder, Matt Maher and more) are agreeing wholeheartedly as Guerra previews Little Songs, which is slated for national release in April. And that’s only the beginning of what’s sure to be a fruitful touring cycle that also includes a summer stretch with fellow Roadshow alum/label mate Maher. However, no matter what the platform, the tunesmith simply seeks to enlighten both Christ followers and seekers alike with creativity and spiritual connectivity at every turn.

“My general goal is the ministry of art, if that’s possible,” Guerra lets out with a little laugh. “For a long time, art and ministry have been at odds, but I don’t think that needs to be the case. I think artists can love their neighbor as they love themselves, while keeping their finger on the pulse of what makes a good song and what makes good art. Hopefully I can say beautiful things, sing beautifully and then let the beauty do its work.” 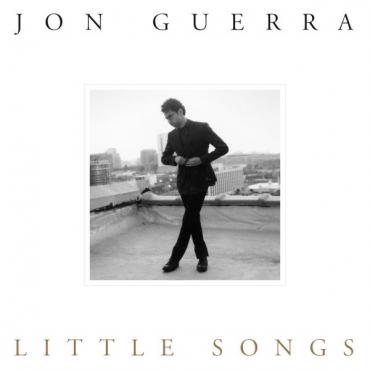