John L. Cooper is listed in the credits for the following albums: 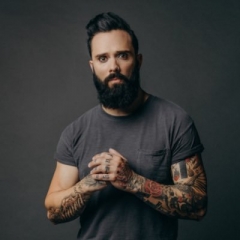 John L. Cooper has been a member of:

John L. Cooper is the lead vocalist, bassist, and songwriter/producer for Skillet, one of the best-selling rock bands of the 21st century. The two-time Grammy award-nominated 12X platinum band was inducted to Pandora’s Billionaire club after garnering 2 Billion streams, took home a Billboard music award, and more. Their breakout single “Monster” remains “one of the most-streamed rock songs of all time” with 285 million global audio streams. John and his wife Korey have been touring together for the entirety of their marriage. They live in Kenosha, WI, with their two children. John and Korey are passionate about sharing the truth of Christ to the world through music, the Cooper Stuff Podcast, two Skillet graphic novels entitled Eden and Eden: The Aftermath, and now through his debut book, Awake & Alive to Truth. 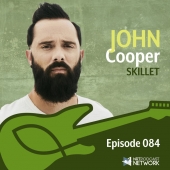 In 1997, I was promoting concerts in Portland, Oregon, and was approached by a booking agent to do a show with this new band called Skillet. I distinctly remember that the CD had a white cover with a picture of a cast-iron skillet. And the music was much harder than anything I had promoted up to that point. Well, I promoted that show at a nearby college. Flash forward 25 years, that little unknown band did alright. And today, Skillet has become one of the biggest bands on the planet.