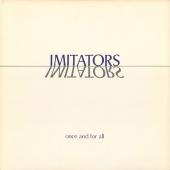 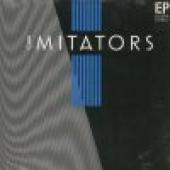 Imitators is listed in the credits for the following albums:

The Imitators were an '80s techno/dance band that drew on the basic new-wave sound that was in the air at the time. The group's influences ranged from the Psychedelic Furs to The Cars. Their song "Children of the Lie" attracted some attention for what CCM called "adventurous lyrics" due to the songs focus on premarital sex. The group released two albums on Exile Records.

Barry Edge, the lead singer and main songwriter for the Imitators, has heard the same complaints from religious groups about his band's driving rock music that have been raised against rock groups for 30 years.

"You mean people who say that rock 'n' roll is of the devil? Oh yeah, we've had that," Edge said with a laugh. But the Imitators' songs aren't about "rocking around the clock" or "highways to hell." Instead they center on God, Jesus and the Bible. A five-man Orange County Christian rock group, the Imitators is one of nearly a dozen acts that will perform at "Jubilation '85" tonight at Knott's Berry Farm, an annual event focusing on contemporary Christian music.

Quoting a passage from the Bible, Edge discounted those who say it is sacrilegious to use rock music to spread Gospel messages. " 'For man looks upon outward appearances, God looks upon the heart.'

"There are classical music works that everyone loves that are based around incredibly non-Christian themes . . . like (Stravinsky's) 'Firebird' ballet. My belief is that music is a neutral kind of medium until some philosophy is put into it."

In contrast to the secular rock bands who find Orange County a difficult region from which to launch careers because record companies often view them as second-class musicians, Edge claims the county's large base of born-again Christians makes it a haven for them.

"The Christian culture in Orange County lives in something of an artificial environment, lacking in real spiritual integrity. There are multitudes and multitudes of Christians here who need to rehear the word of God. My goal is to get them to make a commitment."

Although Stand says they emphasize scriptural themes in the majority of their songs, they occasionally venture into worldly concerns. "We're not afraid to make social statements, and we do occasionally. That is certainly happening in Christian music now. A lot of popular Christian bands are jumping on the bandwagon of social issues. It's funny because the same social gospel that was decried by the evangelical churches in the '50s is now being supported by those churches. But I think when social issues, rather than the spiritual issues, become the central theme, you've missed the boat."