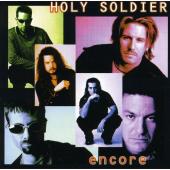 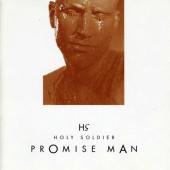 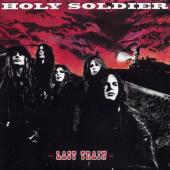 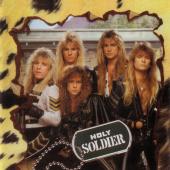 Holy Soldier is listed in the credits for the following albums: 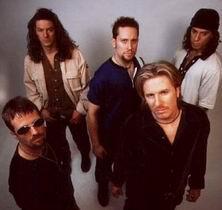 Holy Soldier is a metal band from Los Angeles California and was the first metal band signed by Myrrh/Word Records. Their debut won the Dove Award for Metal Album of the Year, and the song "Stranger" from that album won Metal Recorded Song of the Year. Their first 2 albums feature the classic heavy metal sound. When they released their third album in 1995, they changed their sound to a more alternative/rock/grunge sound. In 1997, they released a live album that features the band's former and current lead vocalists.

The band was originally formed in early 1985 by bassist Andy Robbins and guitarist Jamie Cramer. The band gained a strong local following before signing. Holy Soldier was initially noted for their strong evangelical focus, although they regularly played to secular audiences. For a time they held the second largest attendance record at Gazzarri's, a Hollywood nightclub. In 1989 they signed to Myrrh Records, an imprint of Word/A&M, as that label's first metal act. Their eponymous debut, produced by David Zaffiro, was released in 1990 to critical and commercial acclaim. After heavy touring the band lost two members almost simultaneously – lead vocalist Steven Patrick, and guitarist Michael Cutting. The band replaced their losses with Eric Wayne and Scott Soderstrom and continued to tour. Wayne exited when Steven Patrick returned in 1991, but would rejoin the group in 1995. Two years later, the band followed up their debut with Last Train, another critical, though not commercial, success. Although Last Train charted, peaking at the #10 slot on Billboard's CCM chart, the album did not meet the sales expectations of the label, and the band was dropped from their roster. A review in CCM magazine found that although the band's sound had progressed, their lyrics had shifted from evangelicalism to a more ambiguous tone. Additionally, the band was criticised by some in Christian music for being a "crossover success" into the general market.

Once again, the band experienced personnel changes when Steven Patrick departed. The band quickly replaced Patrick with Seattle, WA vocalist Eric Wayne, who helped move the band into a grungier sound. Wayne's lower vocal register allowed Holy Soldier to compete in the metal market with the likes of Pearl Jam, Stone Temple Pilots, Crash Test Dummies, and Soundgarden. After Holy Soldier's reinvention and extensive touring, the band was signed to ForeFront Records in 1994. Once again recruiting the production skills of producer David Zaffiro, Holy Soldier released Promise Man in 1995. Promise Man returned the band to critical acclaim within Christian music circles, winning the band Doves for hard music album and song in 1996. Despite the success of Promise Man, Holy Soldier was unhappy with the lack of support they received from their record label ForeFront Records and they asked the label to be let out of their contract. In 1997, after a short hiatus, bassist Andy Robbins independently produced on his own boutique label (Spaceport Records) a live retrospective album featuring both current frontman Eric Wayne and original vocalist Steven Patrick. After the release of Encore, Holy Soldier officially disbanded.

In 2005, the original Holy Soldier line-up reunited in August for a benefit concert and possible studio album follow-up. But again, Steven Patrick's reunion with his former band members was extremely brief. Suddenly without its original lead vocalist for the second time, Holy Soldier recruited original drummer Terry Russell's brother, Don, to replace Patrick to perform for a string of festival dates in the summer of 2006.

Websites:
Website: HolySoldier.com
Myspace: holysoldier
External links are provided for reference purposes. Christian Music Archive is not responsible for the content of external internet sites.
Created by: siremidor on 26-July-2010 - Last Edited by admin on 07-January-2016