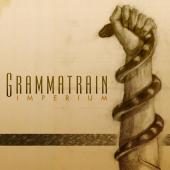 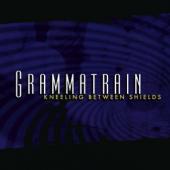 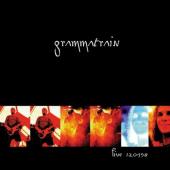 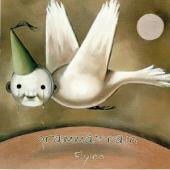 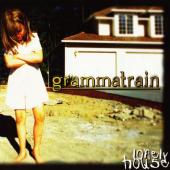 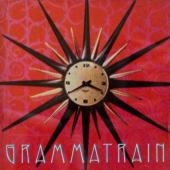 Grammatrain is listed in the credits for the following albums: 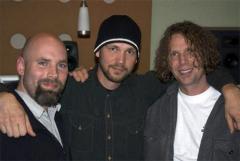 Grammatrain is a rock band from Seattle, Washington who began in the mid 1990s. The band recorded a self-titled three-song demo tape in 1994 and a CD containing four studio recordings and five live acoustic numbers in 1995. After signing with Forefront Records, they quickly followed with their first studio album, Lonely House. Their second full length album, Flying, came in 1997. Around the same time, guitarist/vocalist Pete Stewart was contributing guitar tracks to dc Talk's Supernatural album. Stewart also contributed to Christian rock band Bleach on their self-titled (Couch). As touring was taking its toll on the lives of the band members, they broke up following their final live performance on 12/7/1998 in Germany, documented on the album aptly titled, Live 120798.

Following the breakup of the band, Stewart released a self-titled solo album and produced Michael Tait's band, Tait, performing on their first album. He also produced four tracks on the debut solo album for TobyMac, Momentum. After this, he seemed to disappear for a while, resurfacing with the new project The Accident Experiment in 2003.

Recently, Grammatrain announced that they had reunited and began recording a new album. The announcement of the album bred expectations that it would differ thematically from previous Grammatrain records, since frontman Pete Stewart no longer considers himself a Christian.

In early 2009, Grammatrain played two reunion shows: one in Seattle and one in Germany. An limited edition EP with songs from the forthcoming album was sold at both shows. In spring 2009, the EP was put on sale for a short while via www.grammatrain.net until all the remaining copies were sold. It seemed that the recording of the album was talking longer than originally planned, and the band may have put out the EP in order to tide fans over.

On March 25, 2010, the single "The Last Sound" was released, written as an anthem for Seattle Sounders FC. The song has been played at Qwest Field before the kickoff of Sounders matches, and Sounders FC owner Drew Carey endorsed the song and promised to get a "proper video" made of it. The video was produced and directed by Nik Venet, who had previously done videos for U2, Jane's Addiction and The White Stripes. The song was also picked up by and released thtough Rock Band Network for the Xbox 360.

On October 10, 2010, they independently released their newest album, "Imperium".