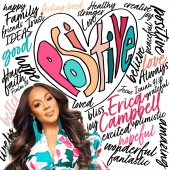 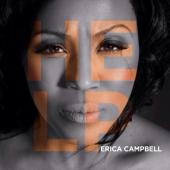 Erica Campbell has been a member of:

Erica Monique Campbell (née, Atkins) is an American urban contemporary gospel, Christian R&B, and contemporary R&B recording artist and musician. She started her music career, in 1998, with her younger sister, Tina Campbell, as half of the gospel music group, Mary Mary. Her solo music career began in 2013, while she has since released two albums with Entertainment One Music, where they both charted on the Billboard magazine charts. She won a Grammy Award for Best Gospel Album at the 57th edition of the event.

Campbell was born Erica Monique Atkins, on April 29, 1972, in Inglewood, California, the daughter of Eddie Aaron Atkins, Jr. (1948–2013), originally from Merced, California, a pastor and minister, and Thomasina Andrea "Honey" Atkins (née, Daniels), who is originally from Stamford, Connecticut. Her paternal grandparents are Eddie Aaron Atkins, Sr. and Lavada Cruthird, and her maternal grandparents are Tommy and Ruth Daniels. She had two older brothers, Andre Lavelle Atkins, who died at six years old from a combination of Down Syndrome, spinal meningitis, and a hole in his heart, while her other brother is living in Arizona, Darrell Antoine Atkins. She has one older sister, Maliea Dionne Atkins, and five younger sisters, Trecina Evette "Tina" Atkins, Delisa Marie "Lisa" or "Wittle Wees" Atkins, Thomasina Andrea "Goo Goo" Atkins, Alana Ellesse "Lainz" or "Luv Luv" Atkins, and Shanta Nena Lavea Atkins.

Her music career started in 1998, with her younger sister, Tina Campbell, who formed half of the gospel music duo, Mary Mary. She commenced her solo music recording career in 2013, by recording her first studio album, Help, that released on March 25, 2014, with Entertainment One Music. This album was her breakthrough release upon the Billboard magazine charts, while it charted on The Billboard 200, Top Gospel Albums, and Independent Albums charts, where it peaked at Nos. 6, 1, and 2, correspondingly. Campbell won a Grammy Award for Best Gospel Album at the 57th edition of the event. The subsequent studio album, Help 2.0, was released on March 31, 2015, from Entertainment One Music. This album charted on the same charts, but at Nos. 120, 1, and 12, respectively.

She is married to Warryn Campbell, where they reside in Los Angeles, California together, with their three children, Krista Nicole, Warryn III, Zaya Monique.

Websites:
Twitter: @imericacampbell
External links are provided for reference purposes. Christian Music Archive is not responsible for the content of external internet sites.
Created by: siremidor on 12-August-2015 - Last Edited by siremidor on 09-February-2016