David Hamilton is listed in the credits for the following albums: 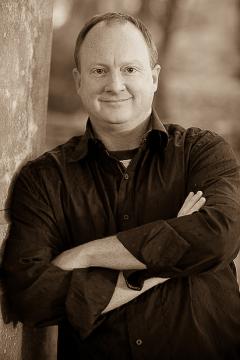 David Hamilton is an accomplished and respected musician, a creative thinker with versatility, technique and artistic passion.  He has earned a reputation as a premiere orchestral arranger and has a growing list of credits producing artist recordings, writing songs, playing keyboards and conducting choirs and orchestras.  His music spans a wide range of musical genres on recordings from  Shania Twain and Ricky Skaggs, to Renee Fleming and Lang Lang,  to the Canadian Tenors, Amy Grant, Michael W. Smith, Israel Houghton, Heather Headley, Sandi Patty, Steve Green, Don Moen and many others.  He has created music for the screen as film composer, arranger and orchestrator and arrangements for the Walt Disney Company, Macy’s, The Boston Pops, The New York Pops and the Nashville Symphony.  He has also written and arranged an extensive body of choral music sung by churches across America as part of their weekly and seasonal expression of worship.   David records in his hometown of Nashville and has recorded with musicians across the world in studios such as the renowned Abbey Road and AIR studios in London,  in Prague,  and on the Capitol, Warner Brothers and Paramount scoring stages in Los Angeles.

Mr. Hamilton is also a gifted conductor.  He travels extensively conducting recording sessions and collaborating with artists as musical director for holiday, pops and choral concerts conducting top US orchestras such as the Dallas, Atlanta, St. Louis, Indianapolis and Virginia symphonies.   He has also conducted at Carnegie Hall and has enjoyed serving as guest conductor for pops concerts with the Nashville Symphony on tour and at the Schermerhorn Symphony Center.

David began playing piano as a small child.  His passion and love for music grew through his teenage years studying piano, writing and playing in church with the help of wise musical mentors along the way.  He completed his undergraduate degree in classical piano performance also studying conducting and composition at the Wheaton College Conservatory of Music.  He also earned a Masters degree in music, studying jazz composition, arranging, orchestration, recording and jazz vocal performance at the University of Miami School of Music; a potent blend of musical worlds and music education combining classical, popular, jazz and sacred music styles.

If you ask David what’s important to him, he’ll tell you, “I want to be an authentic man who loves his family and lives his faith.  I don’t always get it right, but I’m grateful to be reminded time and again that my family and my music are gifts and God’s redemption shines in my deep need for grace. The famous quote by Saint Iraneus describes it well for me,  “The Glory of God is man fully alive”.   I’m grateful to feel more fully alive in the joy of making music not simply for the joy alone, but for the reason why -- which for me, makes all the difference.”

Websites:
Website: HamiltonMusic.net
External links are provided for reference purposes. Christian Music Archive is not responsible for the content of external internet sites.
Created by: siremidor on 26-July-2010 - Last Edited by admin on 07-January-2016