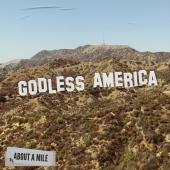 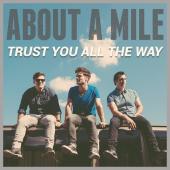 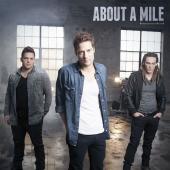 Sometimes the most accomplished artistry is birthed out of the most trying adversity, which coupled with the chemistry that comes from the bond of brotherhood, puts Word Records newcomers About A Mile well beyond their years. The trio of early twenty-somethings hail from the working class town of Butler, Pennsylvania (just outside of Pittsburgh), and can remember embracing their musical instincts as early as they did a devout Christian faith, first modeled by their extremely hard working father, a steel mill staffer who always managed to make ends meet for his family of eight thanks to a firm reliance on the Lord.

“We always loved playing music together for as long as we can remember, from banging on pots and pans at 6 and 7, to hearing our dad write songs when we were kids, to writing songs and having jam sessions with our friends as we got older,” remembers front man Adam Klutinoty. “My dad always told us, „I don‟t care what you do, just honor the Lord and don‟t work in the steel mill.‟ That was engrained in our minds at such a young age that we started About A Mile right out of high school, took the first tour that was available, literally slept in the dirt and on the concrete because we couldn‟t afford hotel rooms and played to whoever would feed us.”

Though that initial west coast journey introduced the guys to the rigors of the road, it also earned them an opening slot for Grammy Award nominees DecembeRadio, who besides befriending the upstarts, suggested they get connected with veteran Ian Eskelin (long time All Star United leader turned superstar producer/songwriter). So with that suggestion, the brothers sent the multiple Dove Award winner a message and hoped they‟d at least get a response, but wound up with so much more than they could‟ve ever imagine.

“We wanted to make the best music possible as long as it glorified the Lord, which is why we reached out to Ian given his high standards and commitment to faith,” shares Adam. “We simply said we made a little money from the tour and wanted to hire him to record a song. A couple of days later, he said „save your money. I‟m coming to your next show.‟ We‟d never gotten any type of response like that and weren‟t even looking for our big break, but sure enough, he flew from Nashville to Pittsburgh, said we were just the kind of band he was looking for- rough edges and all- and he set up a showcase for Word Records that eventually got us signed. I learned most of what I know from Ian.”

“Right after we signed with Word, I got sick and went through a lot of pain and weakness,” Adam reveals. “A lot of the songs ended up being about that story, just the incredibly hard time I went through, not being able to eat or sleep for days on end because anything I would eat was like poison to my stomach. I lost 60 pounds, which coming off playing football in high school and working a lot of heavy lifting jobs, really threw me off and I can think of six specific times when I actually thought I was going to die. God knew what he was doing though."

“We don‟t sugarcoat anything,” says Adam. “Some of our songs might have some darkness in them, but we always make sure to bring out hope by the end of them and make sure people know about our Savior. Even so, it‟s equally important that the music sounds just as good as anything else out there, which is why we sought to work with the best producers, mixers and mastering guys to make sure the songs could stand on their own.”

While there‟s certainly ample possibility the group can tear up both the Christian rock and general market charts, tangible success has never been the group‟s goal, but rather, to impact listeners and simply find contentment in their faith, as the lead single “Satisfied” so aptly summarizes. “It actually came after I hadn‟t eaten in seven days,” Adam explains of the track‟s incarnation. “I was fasting from food and just drinking water during my illness, slowly realizing that as long as we have Jesus, we will always be satisfied. It also was inspired by moments growing up, like when my dad lost his job but never once wavered from his belief that God would provide for our family. Instead of saying „woe is me‟ during those situations, he said to me „Son, I am not the provider for

this family, God is the provider for this family and we are going to be satisfied in Christ.‟”

As the guys get ready to release the new record to the world at large, they‟re hoping to impart that very message upon listeners on all sides of the faith line, enhanced all the more by the brothers‟ unabashed authenticity, vulnerability and sincerity. With its unwavering commitment to faith no matter how severe the trial, it‟s no surprise the group named itself About A Mile, boldly referencing the suffering then triumph of a crucified and risen Christ.

“We learned from a study that Jesus carried His cross About A Mile, and that‟s where our band name comes from,” sums up Adam. “When we felt called to play music for the rest of our life, there was never any doubt that we would do it for His glory and treat our ministry like He did when carrying the cross. He carried a cross that we deserved to be nailed to About A Mile so he could die for us. We just want to serve others as best as we can and use all our strength and ability to honor God, carrying our cross as far as we possibly can.” 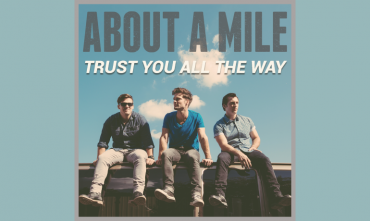 Since launching 2014’s biggest-selling Christian album debut from a new artist, Dove Award-nominated About A Mile is taking all the experiences over the last couple years and pouring them into its sophomore album, Trust You All The Way 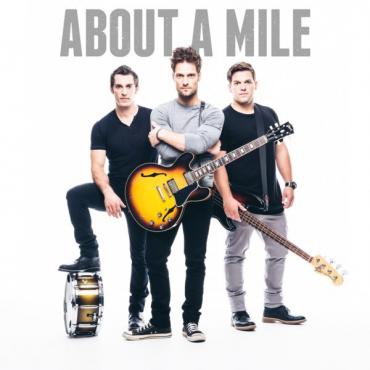 New Artist of the Year Dove Award nominee, About a Mile, signs with Radiate Music
October 09, 2015 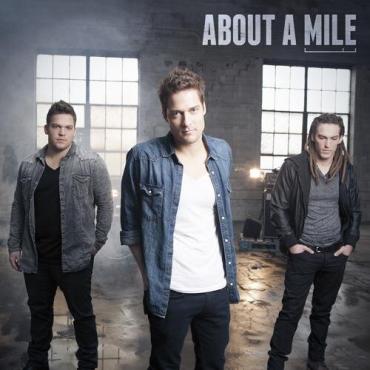 The self-titled debut album from new Word Entertainment band, About A Mile, is set to be released July 15.