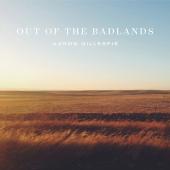 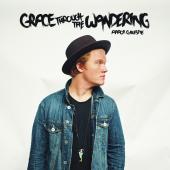 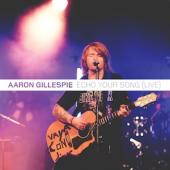 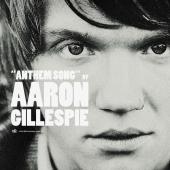 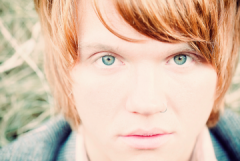 Aaron Gillespie has been a member of:

Aaron Roderick Gillespie is an American musician, best known for being the drummer and clean vocalist for the metalcore band Underoath, and the lead singer and rhythm guitarist for the alternative rock band The Almost. Gillespie also maintains his own solo project, and released his debut full-length album, Anthem Song on March 8, 2011. As of August 26, 2013, he is the touring drummer for Paramore.

Aaron was born on July 18, 1983 in Clearwater, Florida. Ever since he was born, he has been nearly blind in his left eye. He grew up in a devout Christian family, attended private schools, and went to church regularly. Gillespie's parents divorced when he was 18. Gillespie married Jamie Anne Robertson on November 25, 2006, and moved to Salt Lake City, Utah. A year later, Gillespie and Robertson moved back to Florida, and they currently reside in Tarpon Springs, Florida.

At age 14, Gillespie worked at the church and vacuumed for $60 a week. He enjoyed playing the drums at church, but was told that he did not play well and that he played too loud. However, one of the leaders in the church came up to him and said that he would be "playing music that will change peoples' lives one day so keep it up". At this time he received a call from Underoath asking him to play drums for them.

In 2008 he achieved the HM magazine's Readers Award for "favorite drummer", along with his band mate Timothy McTague who received "favorite guitarist" of 2008. He is currently one of the preaching pastors at unveiledchurch.com based in the Tampa Bay area of Florida.

Gillespie runs a clothing label, Pig Cloth, with his wife. Gillespie left Underoath after their European Tour in 2010. In the summer of 2010, Gillespie finished a solo record, called "Anthem Song", released later on March 8, 2011.

Recently Gillespie has done guest vocals on the song "All About Us" by indie pop band He Is We, which was released on the album "My Forever" on November 23, 2010.

Underoath
Gillespie performing as a part of Underoath during their 2007 winter tour.

Gillespie had performed on every Underoath release before Ø (Disambiguation) and first began to add clean vocals on Underoath's third album The Changing of Times, which shifted Underoath's original extreme metal music style into a more straightforward metalcore sound and was released in 2002. After lead vocalist Dallas Taylor parted with the band, Spencer Chamberlain joined and the band began to change its style of music even more.

Most of the lyrics on the album They're Only Chasing Safety are written by Gillespie and are about him ending a four-year relationship. He stated to Alternative Press "I think I would've died if we didn't write those songs. I thought I had ruined someone's life. It's hard to explain, but you can't just pretend that things are great and go on and get married". The follow-up to They're Only Chasing Safety, Define the Great Line was released on June 20, 2006, it debuted at No. 2 on the Billboard 200 selling over 98,000 copies in its first week, the record was certified Gold by the RIAA on November 11, 2006, representing 500,000 shipped units of the album.

On April 5, 2010, Underoath announced that the band and Gillespie had agreed to mutually part ways pending the end of their European tour. On the same day, Gillespie posted a message on his personal blog.

The Almost
Gillespie performing with The Almost in Sydney's "Big Exo Day" 2011.

Gillespie performs lead vocals for the alternative rock band The Almost. The band's debut album Southern Weather was released on April 3, 2007 along with their first single, "Say This Sooner". The single reached a peak of No. 7 on the Billboard's US Modern Rock Charts. Gillespie recorded every instrument on the Southern Weather album except for bass on a couple of tracks, with which Kenny Vasoli from The Starting Line helped. Gillespie continues to tour with The Almost. On November 24, 2008, The Almost released an EP entitled No Gift to Bring. On October 6, 2009 The Almost released another EP entitled Monster. On November 3, 2009 The Almost released their second album, Monster Monster, in which the rest of the band mates were more incorporated in the writing and recording processes. On June 11, 2013 The Almost released their third full length album titled, Fear Inside Our Bones. The album features a song titled "The Florida Sun," which explores Aaron's pre-rockstar life and dreams.

Solo work
Shortly after leaving Underoath, Gillespie announced that he was working on a worship-based solo project. He went to The Compound recording studio in Seattle on June 28, 2010 to record the album that would eventually be released on March 2011. On his Twitter account on July 24, he posted "Finished my record. So great to be a part of it. Goodnight." Gillespie's solo album Anthem Song was released on March 8, 2011. It debuted at number 90 on the Billboard 200.

This album wasn't foreign territory for Gillespie, as he started leading worship at the age of 15. A major push, influence on the lyrical tone of the record is from his recent trip to Africa. In an interview with CBN.com, Gillespie recounted the experience and how it helped shape Anthem Song. He stated "I saw people worshiping God because He exists, because that's what we were created to do. I believe everybody worships something, whether it be your job or your family or a relationship or whatever. We were all made to worship just one, and that's Jesus. And it really, really messed me up, seeing these African people who have nothing worshiping God, just because He exists. It gave me the fuel to go and do this record and also convicted me to leave Underoath and to pursue this ministry area in my life."

On February 3, 2015, he released his second worship album entitled Grace Through the Wandering

FM419
Recently, Gillespie has been working and touring with the Billy Graham Association's FM419; an event that helps train students to share their faith. The event is a prelude to a much larger event held a few months later where students can practice what they learned by leading others to Christ after a message from Franklin Graham. He performs each day at the beginning and end of the conference. He performs songs from his album "Anthem Song," as well as other various worship songs.

Paramore
Gillespie was announced as the new touring drummer for Paramore as their previous touring drummer, Miles McPherson, suffered from an injury. He was to remain only for their duration of The Self-Titled Tour's European dates but later remained for the duration of their North American fall tour of that year, as well the Australian and New Zealand legs of the tour. 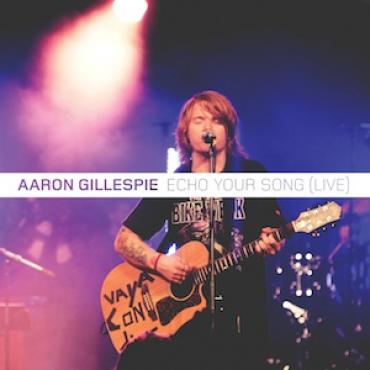 SEATTLE, WA – It has been nearly a year since Aaron Gillespie released his solo worship project Anthem Song to rave reviews and sales success. 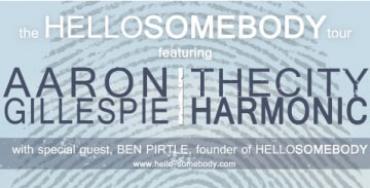 Seattle, Wa – Announcing the HELLOSOMEBODY tour featuring the next generation of worship leaders Aaron Gillespie and The City Harmonic along with special guests Jake Hamilton (Jesus Culture), AJ Cheek and HELLOSOMEBODY founder Ben Pirtle. The tour begins on September 21 and will continue through October.