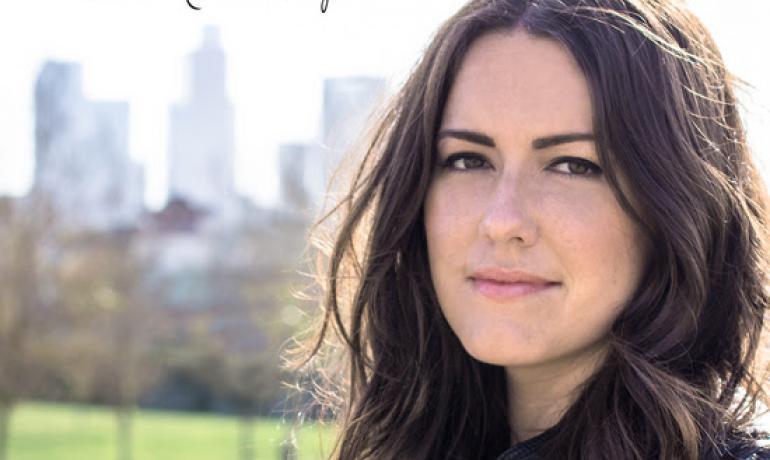 Nashville, TN … Singer/songwriter, Lindsay McCaul, will release One More Step, her first project on Centricity Music, on August 19th. The collection of eleven new songs that were co-written by McCaul, solidifies her position as one of the premiere up-and-coming singer/songwriters. The album marks the first collaboration between McCaul and producers Brent Milligan (Steven Curtis Chapman, David Crowder Band) and Jeff Pardo (Matthew West, Jonny Diaz), who also lent his award-winning songwriting skills to the record. The first single, “Empty Handed,” is already receiving radio airplay and McCaul has been busy on the road promoting the song and new project at radio stations around the country.

"I'm absolutely thrilled for this record to finally be released!,” says McCaul. “It's been over two years in the making, and it really chronicles the different valleys and mountaintops God led me through in that season. While writing for and creating this album, I began to see more clearly that this marathon of life is made up of individual steps, each overseen by and precious to God as He uses them to lead us closer to Him. My prayer is that this album would be a tool God uses to bring encouragement, hope and comfort to each listener, wherever they are on their journey of faith."

One More Step launches with the upbeat single that declares that only God can fill us up and we should come to him with empty hands. The ukulele driven, “Mess Like Me,” will bring a chuckle to many when it spotlights the fickleness of faith even though God remains faithful to us, Your love won’t leave/Even a mess like me. “One More Step,” which has become a show-stopper at McCaul’s concerts around the country, chronicles the life and death of her war veteran father, Ret. Col. Larry Walter Pritchett, who passed away two years ago. It’s one more step/Blink your eyes/You’ll be home on the other side/Running down the golden streets/You’ll hear a million angels sing/So one more kiss on earth is all that’s left/Before the breath of heaven fills your chest/And you finally see His face and find your rest/One more step/One more step. The album ends with the beautiful ballad, “More Certain Than The Stars,” which chronicles Jesus as our anchor.

McCaul has just ended the Brandisa Tour with Brandon Heath and Mandisa, and will be joining Jason Gray’s With Every Act of Love Tour this fall that also features labelmates Unspoken and Carrollton.