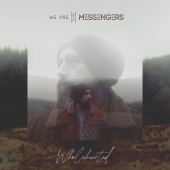 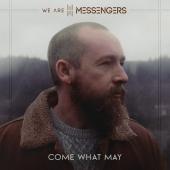 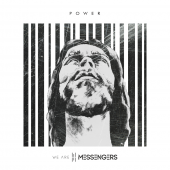 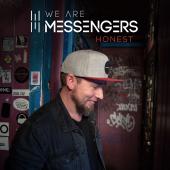 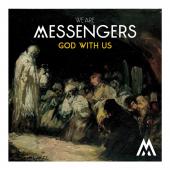 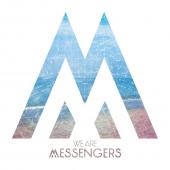 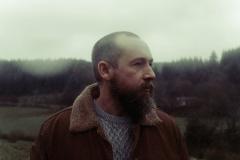 Darren Mulligan left his native Ireland in 2003 to chase a life built on selfish ambition, temporary pleasure and fleeting fame. God had other plans for him. Now leaving Ireland a second time, the man he is today stands in stark contrast to his sordid and troubled past. Darren’s personal testimony and the music of We Are Messengers are a beacon of hope for all.

“We see ourselves as messengers carrying the good news,” says Mulligan. “We’re just carrying His message from our hearts up into our mouths and out into our hands. God’s given us something to say through words and songs and through our lives. We ask the same question every day, ‘What is God saying? What opportunity is God bringing?’”

This hasn’t always been Mulligan’s desire. His personal history before meeting Christ is colored by selfishness, depravity and desperation. A self-taught guitarist, Mulligan’s love affair with music began when he received a guitar from his parents for Christmas when he was 13. Although he grew up in Ireland, it was American music that shaped his formative years as he listened to everything from Elvis and Johnny Cash to Guns N’ Roses and Nirvana. Though he came from a respected, hardworking blue-collar family, Mulligan strayed from his upbringing early on. “I became this really wretched, selfish, horrible human being,” he admits. “I just wanted to take from everybody.”

When he was 19, a chance encounter on an Irish street introduced Darren to his future wife, Heidi, who was just 17 at the time. The two quickly fell in love and were inseparable for the next few years. However, Darren soon abandoned Heidi in favor of a rock star lifestyle in America, chasing money and fame. As a guitarist for a heavy rock band, Mulligan toured the country while his life spiraled out of control.

It was during this time that he received a phone call from Heidi, who told him she had become a Christian. “I hated the thought of her being happy; because she sounded happy, while I was miserable,”Mulligan remembers. Shortly thereafter, he decided to leave the band, move back to Ireland and ask her to marry him. Despite the fact that he had no job, no education and no prospects, Heidi said, “yes,” and unbeknownst to Mulligan, she began praying daily for her future husband’s salvation.

Three weeks before their wedding, at a time when he was an avowed athiest, Mulligan had a life-altering experience in church. “I felt so wretched, so dirty. I could feel my skin crawling. God seemed so real that night. He seemed so holy. There was this huge chasm between Him and me. I could feel it—this crushing weight of guilt and conviction—so I gave my life to the Lord that night,” he explains, adding, “It took me a few months of reading the Bible to really understand what I had done and what that meant. I fell in love with God over that period and gradually learned to see myself as He sees me - clean, a son of the king.”

Determined to live a different way, Mulligan resolved to never play music again and sold all of his guitars. He took a job managing privately-owned, government-funded homes for children with disabilities and attended church with Heidi regularly.

It wasn’t until he randomly filled in for a guitarist at their church that music re-entered his life. Despite the fact that he had never sung publicly before, he began singing as part of a makeshift band that formed for a week-long youth conference. The group, later named The Remission Flow, received such an incredible response, people from all over Ireland and the U.K. began calling with booking requests. For the next three years, Mulligan kept his full-time job and traveled with The Remission Flow on weekends.

“Those three years were some of the most beautiful years of my life,” he reflects. “We weren’t making money. We didn’t have to be famous. We were just getting in our little cars and driving to any place God called us. Some nights we’d play for 20 people, some nights we’d play for five or six hundred, and they just kept coming to Jesus.

”The Remission Flow released two full-length albums with an independent label in the U.K. One of the band’s songs providentially reached the desk of an A&R executive at Word Entertainment. The label flew Mulligan to Nashville and quickly offered him a record deal.

Sure of his calling and determined to follow the leading of God, Mulligan and his wife left their home in Ireland, packed up their belongings and moved their three young children across the globe to Franklin, Tenn. The singer hit the ground running, scheduling daily co-writing sessions. For the next year, he wrote more than 100 songs that were whittled down to 14 for We Are Messengers’ self-titled debut.

“We try to write simple songs for a very complicated world,” shares Mulligan, who worked with a list of respected writers and producers for the album, including Josh Bronleewe, Ed Cash and Seth Mosley, among others. “At the very core of what we do is honesty and transparency. We want to be sincere. I want to be vulnerable and write songs that allow people to meet with God right where they are, in theirhumanity.”

His heartfelt authenticity rings true on the scorching cut “I’m On Fire.” “When I fell in love with Jesus, that’s how it felt,” Mulligan says of the cut’s title. “It still feels like that. It still feels like I can’t contain Him in my flesh, that I need to speak about Him. He is a burning fire deep inside my bones.

”Opening track and lead radio single “Everything Comes Alive” echoes similar sentiments, celebrating new life in Christ. “If you imagine your life as a day, what does the Gospel look like?” Mulligan asks, adding that he tried to encapsulate 24 hours as a representation of life with Jesus into this three-minute song. “I was so dead in my sin, but when I acknowledged who I was and who God is, I came alive.”

“Giants Fall” borrows imagery from the well-known story of David and Goliath, but the idea for the anthem originated with Mulligan reflecting on his own patterns of sin. “I was thinking about my sin and what it is my flesh loves,” he recalls. “Everything’s rooted in pride. Things like lust and anger—those are giants in my life. I think we all have those things that want to keep us from God, and we try to fight them in our own strength, but if you look at David, this little man who went out and faced Goliath, he didn’t win on his own strength. He won because he had faith to believe that God was with him.

”Last minute add “I Look Up” was written just five days before the record was to be mixed and mastered with Mulligan painting word pictures of life lived in the valley, which forces us to lift our eyes to the One who gave Himself for us.

Raw closing cut “I Don’t Have The Answers” finds Mulligan living out the group’s mission through song. “We can’t fix people, but what we can do is hold people’s hands and stay with them in their pain and doubt,” he contends. “What did Christ do? Christ came and spent time with the sick, the poor and the least in society.

”Essentially, this is the action We Are Messengers hopes to mimic through the ministry of their band. “Christ came to serve and showed us how to serve, and we want to do that,” Mulligan says. “We want to tell people about the goodness of God. Music allows us to have that conversation. We want to love people the way He loves us. We want to wash people’s feet.

”We Are Messengers may have left their homeland for the sake of a greater call, but it’s a sacrifice they consider well worth the hefty price. “We’ve been rescued so that we could give ourselves away,”Mulligan maintains. “The Bible says, ‘Lose your life and you’ll find it’; and we’re determined to keep giving ourselves away until we die, so that when it comes to the end of the race, we’re spent, we’re done.” 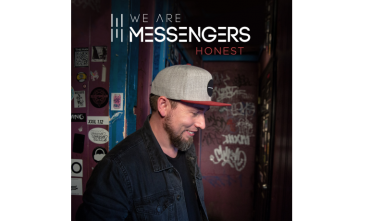 NASHVILLE, Tenn. — We Are Messengers is poised to release the first batch of new music since the Dove Award-nominated act’s 2016 critically-acclaimed self-titled debut.