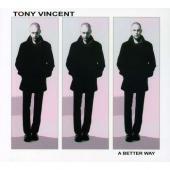 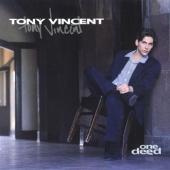 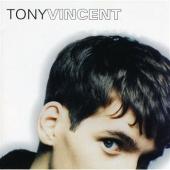 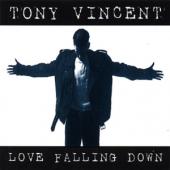 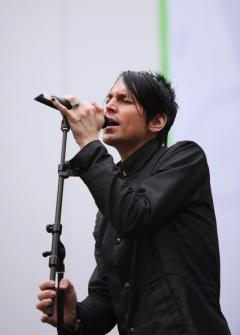 Tony Vincent, born Anthony Peter Strascina, is an American actor, singer and songwriter born in Albuquerque, New Mexico and based out of New York City, New York. He took the stage name Tony Vincent when he was preparing to release his first EP in 1993.

Vincent's professional career began while attending Belmont University in Nashville, TN. Using the school's recording studio, he recorded what became his first single, Love Falling Down. It was originally released only to his hometown radio station, KLYT in Albuquerque. The song proved popular. When it hit #1 on that station's charts, he and a college friend hastily organized a campaign to release the single nationally. The single was released nationwide in May 1993 and appeared for one week on the national CCM radio charts in July 1993, becoming the first independently released single ever to do so. After signing a recording contract with Star Song Records / EMI, Vincent spent six more years recording in Nashville. During that time, Vincent had six #1 songs on Billboard's radio charts and his song One Deed, from the album of the same name, was featured in a United Way of America campaign.

In 1989, Vincent moved to New York, and by March had landed a role in the American touring production of Rent. Since that time he has been a cast member for several Broadway shows, including Jesus Christ Superstar, We Will Rock You, and American Idiot.

Vincent has released four solo albums: Love Falling Down (1993), Tony Vincent (1995), One Deed (1997), and a five-song EP entitled A Better Way (2007), a collaboration with platinum-selling producer Adam Anders and songwriter Nate Campany. Vincent has had six #1 songs on Billboard's CHR/CRR radio charts: Simple Things, Whole New Spin, Out of My Hands, High, Do You Really and One Deed. He is currently working on a new project with his band, Mercer.

Tony Vincent was a contestant on the second season of the hit reality talent show The Voice. Cee Lo Green was so impressed by Vincent's powerful (blind audition) performance of We Are The Champions that he snatched him up for his Team (TeamCeeLo) and commented that Freddie Mercury would have been proud. Vincent won his Battle Round against teammate Justin Hopkins singing Journey's "Faithfully".

During the Live round, Vincent sang Tears for Fears' "Everybody Wants to Rule the World", but received mixed reviews from the judges, who felt the song held back his true voice dynamic. Vincent ended up in the Sing-Off of the Last Chance Performances, singing Eurythmics' "Sweet Dreams (Are Made of This)", but was eliminated from the competition.