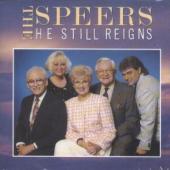 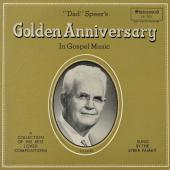 Within two years, the group had become so successful that George Thomas "Dad" Speer decided to make the group full-time. In the late 1920s, the group established a working relationship with the James David Vaughan Music Company, selling songbooks.

However, the group's success proved to be insufficient to support two families' budgets. In 1925, Logan and Pearl Claborn left the group; Logan returned to his job as a carpenter.

To fill the void, "Dad" Speer enlisted 5-year-old Brock and 3-year-old Rosa Nell to sing with him and his wife. The group's concerts featured several duet songs by "Dad" and "Mom" Speer, and several songs with Brock singing alto and Rosa Nell singing lead.

In 1941, James Vaughan died, and the Speer family left his company. They joined the Stamps-Baxter company, a Vaughan competitor, and also became a regular performer on the WSFA radio station.

"Dad" Speer died in 1966 and "Mom" in 1967. The group, led by brothers Brock and Ben, underwent various configurations over the next several decades. Ben retired from the group in 1993 although he did appear on occasion with the group until Brock officially retired the Speer Family at the 1998 National Quartet Convention. Ben Speer continues to be involved in Southern Gospel music as the Music Director of the Gaither Homecoming Series, and as owner of Ben Speer's Stamps-Baxter School of Music, a Southern Gospel singing school.

The Speer Family was the first group to receive the Gospel Music Association's Lifetime Achievement Award. Other recognition for the Speers included inclusion in the Alabama Music Hall of Fame, receiving the Southern Gospel Music Guild's Heritage Award, and receiving 14 Dove Awards. The group's recording of "I'm Standing on the Solid Rock" has the distinction of having the longest tenure as the top song on the Singing News chart of popular Southern Gospel recordings.