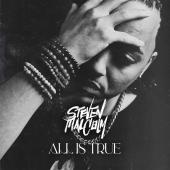 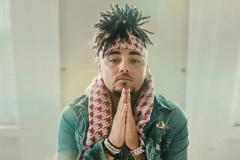 A multi-cultural hip-hop artist, Steven Malcolm's songs are grounded in faith, fiercely-delivered rhymes, and a willingness to blur the lines between genres. It's an approach that's earned the songwriter five Dove Award nominations, more than 31 million on-demand streams, and an audience that's just as diverse as his own influences, bridging the gap between the worlds of commercial rap, pop, Christian music, and reggae.

Raised in western Michigan and coastal Florida, Steven Malcolm grew up in search of a guiding light. His father, a native Jamaican, was deported back to the Caribbean when Steven was 10 years old. He passed away before the two could reunite. Steven's mother struggled as a single parent and eventually left town, too, leaving Steven to fend for himself as a young college student in Grand Rapids, Michigan. His life lacked a clear direction until he accepted a friend's invitation to attend a local church service that incorporated hip-hop, dance, and worship. There, Steven found not only a supportive community, but also an opportunity to make message-driven music. Newly inspired, he released an independent album, Monster's Ink, and signed a deal with Word Entertainment, becoming the first rap artist on the label's roster.