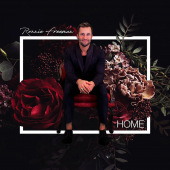 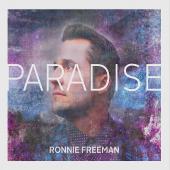 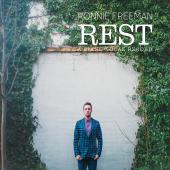 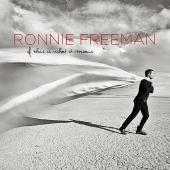 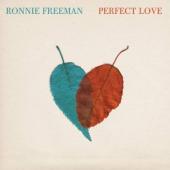 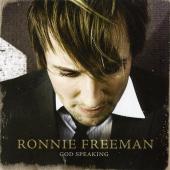 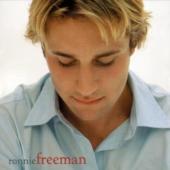 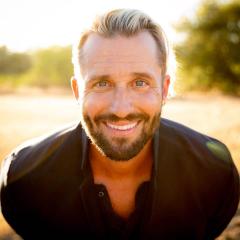 Ronnie Carroll Freeman, Jr., was born in Montgomery, Alabama, to Ronnie Sr. and Glenda Freeman. He was raised with two younger brothers, Joseph and Jonathan. Freeman graduated from Southeastern University, in 1995, after that he was a worship pastor, before relocating to Nashville, Tennessee in 2002 to pursue his professional music career.

Freeman has been married to Leslie Rae Perkins, since 1996, and together they have two children, Hannah and Josia, where they reside around Nashville, Tennessee.

Ronnie Freeman was born in Montgomery, Alabama. Even at a young age Ronnie was intensely drawn to music and was instructed in piano and voice throughout his childhood. He sang his first solo in church at the age of 7. After graduating in 1995 from Southeastern University in Lakeland, Florida, he immediately began his pursuit of a professional career in music. In 1997 Ronnie married his wife, Leslie, and moved to Nashville in an attempt to break into the music scene. The next few years were trying as Ronnie was attempting to piece together work as a musician, but primarily waiting tables for over 3 years. At the time, this season seemed like it would last forever. Now he sees that it was necessary for building relationships, sharpening his music writing skill and starting his family. Finally, in the spring of 2000, Ronnie was given the opportunity to play some of his own songs for leading CCM artist Michael W. Smith, and soon thereafter secured his first break when he was signed on to Smith's Rocketown label. He released his self-titled debut CD in 2002. Ronnie did not sign on for a 2nd record under the Rocketown label, but he remained in Nashville, working as a song-writer for Universal Music, serving as a worship leader in his local church and continuing to travel and perform. Over the next several years he began to chart his own course as an independent Artist in the Christian music world. From 2002-2013 Ronnie, in cooperation with a host of generous sponsors and donors, recorded an released 8 CD projects, most of which are currently available on iTunes. In October 2013, Ronnie, with Tony Wood, received two Dove Awards as songwriters: Inspirational Song of the Year (“Satisfied”), and Southern Gospel of the Year (“What The Blood is For"). Coinciding with his work as a musician in Nashville, in the summer of 2000, Ronnie was hired as the worship leader for a camp in northern California, called JH Ranch. His continuous involvement at JH Ranch as their summer worship leader has opened up critical opportunities as well as relationships which have been foundational in his successful career as an independent musician and continues to provide music opportunities for him globally. Summer of 2015 marks Ronnie’s 15th summer serving at JH Ranch. In the fall of 2012 Ronnie was offered a concert and worship leading opportunity in Potsdam, Germany. After returning from Germany, Ronnie and his family felt called by God to uproot from Nashville, which had been their home for 16 years, and move to Germany to help with a budding, new church called Mittendrin. After a whirlwind year of miracles, Ronnie and his family moved, in the summer of 2013 to Potsdam, Germany. Ronnie, with his wife and 3 children, are currently serving their 3rd year in Germany. After moving to Germany, Ronnie was unsure whether he would have another opportunity to write and record music. However, during the summer of 2014, Ronnie sensed that God was challenging him to believe that he had more songs to write, sing and perform. He had no tangible resources,but he believed God was leading him to move forward. Through the outrageous generosity of many sponsors, Ronnie is releasing his latest CD project called, Paradise, in August 2015. This unique group of songs were inspired directly from his experiences during the last 2 years in Germany. A second CD project called Rest, featuring the same songs but in an acoustic piano/vocal genre, will be simultaneously released. Ronnie believes that music is truly a gift from God. It is a bridge; a connecting point, to our souls. It joins our hearts to God and to each other, in intangible and highly spiritual ways. He is grateful to be able use this gift to encourage others as well as himself! He hopes that through this music, the peace of the love of God will reach the hearts of many, many people.