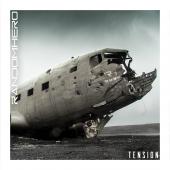 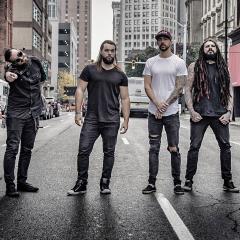 Random Hero is an international rock band from Denver, CO. For over ten years, Random Hero has built a ministry through music. The band's foundation is firmly rooted in faith and each member has dedicated themselves to bringing a clear message of hope to those who otherwise may not hear it.

Starting in the summer of 2012, Random Hero hit the Billboard National Christian Rock Charts with their single “Breakdown” (Produced by Ben Kasica, formerly of Skillet) debuting at #28 and peaking at #4 remaining on the charts for six months, Breakdown continued to remain comfortably in the top 10 on the recurrent charts for another 5 months. since then, Random Hero has had four additional songs on the Billboard Charts in the top five, including “Mercy”, “Burn up the Night", “Not Alone” which peaked at #2, just twelve plays from #1 and “Mirror Mirror” which spent over 20 weeks in the top ten. Currently the bands single, “Impossible” sits at #26 on Billboard Christian Rock Charts.

Random Hero has released three full-length records “Carry Me Bury Me”, “Oceans of Change” and “The Covering”. As well as, three EP’s “Breakdown” (Produced by Ben Kasica, formerly of Skillet), “The White EP”, and “The Black EP”. Their latest record “The Covering” has been Random Hero’s biggest and boldest project to date. Random Hero’s “The Covering” features Christian Rock and Main Stream Rock Radio hits, “Mirror Mirror”, “Impossible” and “Running” produced and mixed/mastered by Dove Award-winning and Grammy Nominated Robert Venable (Twenty One Pilots, Kelly Clarkson, Megadeth, Disciple, INXS, Building 429) of Off The Wall Studios in Nashville, TN.

In February of 2018 Random Hero was approached by Joseph Rojas, of Seventh Day Slumber, and soon after signed with Rojas’s International record label, RockFest Records in association with Sony Music and New Day Christian. Random Hero’s new record, music video and single are currently in the works and will hit Mainstream and Christian Markets in late 2018.

Each year, Random Hero performs on main stages and premium stages at the top festivals Nationally and Internationally. Random Hero has had the privilege of touring and sharing the stage with some of the industries best including RED, SKILLET, SEVENTH DAY SLUMBER, MEMPHIS MAY FIRE, SPOKEN, DISCIPLE, SWITCHFOOT, THIRD DAY, FF5, BUILDING 429, DECYFER DOWN, FIT FOR A KING, STRYPER, COLTON DIXON, PROJECT 86 and many many more.

Random Hero has many chapters yet to write in their journey, with thousands of fans that share their praise or spiritual connection to the band, packing out clubs and stages at National and International Festivals, with all that, the band has committed to staying focused and true to the path set before them, boldly speaking of the hope they have found and walking faithfully through the open doors where the possibilities they can achieve are endless.