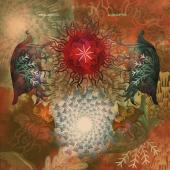 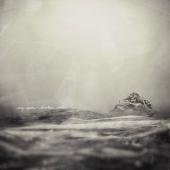 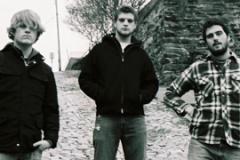 My Epic is an American Christian rock band from Charlotte, North Carolina started in 2005. They released an independent EP in 2006 entitled This Is Rescue, and two successive albums and one EP with Dreamt Records entitled I Am Undone (2008), Yet (2010) and 2011's Broken Voices EP. In 2013, the band released their debut album with Facedown Records entitled Behold that has seen commercial success.

The members of My Epic began working together as early as 1998, under the name The Right Wing Conspiracy, which later became Shaddai. It wasn't until 2004, after the band played their first successful show before a few hundred fans, did the band become My Epic. At the time, the band was composed of three members: Aaron Stone handled lead vocals and electric guitar, while his younger brother Jesse played drums, and Jeremiah Austin played bass. They recorded an untitled demo in 2005 five that consisted of four songs; the band made this demo available online as a free download. The following year, the band independently recorded their first EP, This Is Rescue. My Epic's first full length studio album came in 2008, entitled I Am Undone. It was released through Dreamt Music, a division of Facedown Record. The band returned to the studio in 2010 to record their spectacular follow-up album, Yet. After this 2010 release, Jesse Stone decided to leave the band to pursue personal matters. To record their third studio album, Broken Voice, in 2011, My Epic brought in Tanner Morita to play bass and Matt Doran to play drums, thus evolving the band into a four-piece. Following this release, Matt Doran departed, and Jesse Stone returned to the band to play drums. Jeremiah Austin also returned to the band to play bass, thus shifting Tanner Morita to electric guitar and keyboard. Now with their original line-up intact, with the addition of Morita, the band transferred to Facedown Records in 2013 to record and release Behold, their fourth studio album.