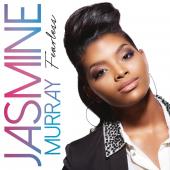 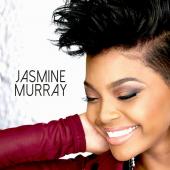 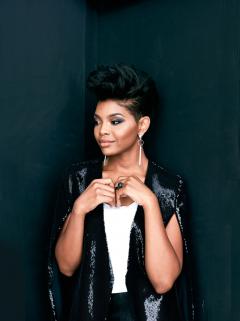 Jasmine S. Murray is an independent American singer and beauty pageant titleholder from Starkville, Mississippi. She is best known for being a finalist on the eighth season of American Idol where she placed 12th–13th alongside Jorge Núñez. She also competed in the Miss America's Outstanding Teen pageant in 2007. Her musical influences include Christina Aguilera. On July 12, 2014, Murray was crowned Miss Mississippi 2014.

Jasmine Murray was born in Columbus, Mississippi and attended Columbus High School, but later moved to Starkville with her family. She is the daughter of Lisa Murray and is the youngest of five children. Her mother's first husband died of a brain aneurysm in 1978. Her parents divorced when she was a toddler, and her father lives outside the state of Mississippi. According to the audition segments, she is eleven years younger than the fourth. At the time of the pregnancy, her mother Lisa Murray was working the night shift at the Weyerhaeuser plant in Columbus, Mississippi, and was lethargic and noticed her body swelling. Lisa Murray went to the plant's on-site clinic, but nurses rushed her to the hospital. She suffered a severe form of pre-eclampsia when pregnant with Jasmine, and the doctors expected neither of them to survive the pregnancy. Shortly after birth, Jasmine remained in the hospital for nearly a month fighting for her life. She began to sing at age 3. Her family told her that once they were in a vehicle, she would start singing with the radio, and that describes why she is passionate about singing. She has also performed mini-concerts with the Murray family. Before her American Idol run, she competed in the Miss America's Outstanding Teen scholarship pageant and was a student at the Mississippi School of the Arts, where she was continuing her education until she graduated in 2010.

Murray competed in the Miss Mississippi's Outstanding Teen pageant in 2006 where she won the activewear preliminary award and placed fourth runner-up. The following year, competing as Miss Houston/North Central, she won the Miss Mississippi's Outstanding Teen title. In August of that year, she represented Mississippi in the Miss America's Outstanding Teen pageant, the teen version of Miss America, where she placed tenth. In 2008 she won first place for the pageant's Mentor Club Scholarship, an opportunity open to former contestants. American Idol, She auditioned for the eighth season of American Idol in Jacksonville, Florida on a whim after traveling to Orlando, Florida to attend the 2008 Miss America's Outstanding Teen pageant. Holding number 84122, she sang "Big Girls Don't Cry" by Fergie. During Hollywood group night, her group, dubbed "Team Diva", performed "Mercy" by Duffy, but the rest of her group was cut. She then sang "Love Song" by Sara Bareilles, but the judges were not so impressed with Randy Jackson stating that he would not have chosen the song for her and suggested that she should have sung a song by Rihanna. Murray was originally eliminated in the second semi-final but was brought back for the wild card round and the judges chose her to join the Top 13. During the top 13 week, she performed "I'll Be There" by The Jackson 5, with Simon Cowell giving a minor critique that it was "a little bit robotic at times." She was one of the first two contestants to be eliminated in the finals along with Jorge Núñez and was the second wild card finalist to be eliminated in the first episode of the finals in American Idol history, after Leah LaBelle. As a result, she missed out on the annual summer tour. American Idol's African-American viewer ratings dropped by 28% in the episode following Murray's elimination. Murray was the only contestant from Mississippi to become a finalist in American Idol history, until being joined by Skylar Laine in season 11, who is her favorite of that season. Among finalists, she is a close friend of Alexis Grace and Allison Iraheta.