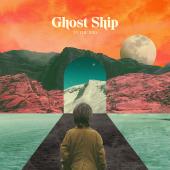 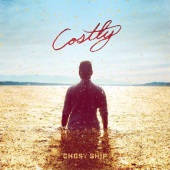 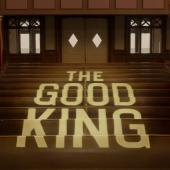 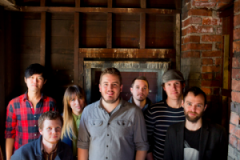 “I had this really bad folk band,” he admits, detailing his early days as a musician, “and we were kids, just sharing songs we’d written, and I had an idea for a worship song…and we just wrote it.” He went on to study Music and Theology at East Tennessee University, and post-graduation landed as the lead worship pastor for a 20k congregation back at his father’s church.

Years later, Huxford and his wife started feeling called towards urban ministry and, after researching, found that Seattle was one of the most un-churched cities in the nation. They moved.

The Huxfords were looking for a church that preached the gospel intentionally, factually, unabashedly. They wanted to grow in a church that communicated Jesus in straight paths, absent of roundabout theology and timid teachings. They learned about Mars Hill and Huxford quickly became involved. He’s been leading worship at the downtown campus ever since.

When asked about leading worship, Huxford relates the position to a form of preaching. “I love storytelling,” he explains, “and that’s what I do. I tell stories that point back to the gospel, like a pastor would with a sermon. My songs are my sermons.” Writing and arranging songs that reflect the awesomeness of God is not only a compelling way to preach, it always results in a response from the listener. Although some may resist the nature of the music, there are hundreds with arms held high proclaiming God’s glory through song.

Seeing the congregation sing alongside him is what Huxford and his band Ghost Ship have been doing for about two and half years. Comprised of Huxford, Doug Finefrock, Jamison Dewlen, Chae Choi, Shay Carlucci, and Fancy Morales, the septet worships with a rock-folk sound that fosters Huxford’s specialty of scripture-inspired storytelling. They write and lead with the faith that God will be at the center of it all, thus the name of their band. “Ghost Ship” is a reminder that they’re moving by the power of the Holy Ghost, active vessels for the Lord motivated through the Spirit.

To Huxford, the whole concept of the album is to marry God’s holiness with his goodness. Ghost Ship had just moved into the new Mars Hill building downtown (complete with high arches, stain glass, and a breathtaking organ) when they began writing new songs. Overwhelmed by God’s grandeur and beauty, they began writing about God as King. In doing so, they realized they were only sharing part of what make God so radical, “People don’t need to hear that He’s King, they need to hear that He’s a Good King.” Explaining further, Huxford notes, “Job 38 describes it best. God is explaining to Job all the awesome things He has done, and you think Job is going to be crushed. Instead, his response is awe. He’s in awe that God just knelt down from the heavens and talked to him. It’s His transcendence and His imminence we’re trying to harness.” It’s the impossible reality of His kingship and friendship, His royalty and intimacy, His sovereignty and loving closeness, that Ghost Ship will introduce to you over and over again as each song illuminates the Lord’s perfect paradox.

The song “Orion” delves deeper into the dialogue from the book of Job, with lines like “Won’t you come and save me? / I was answered by my Lord, Can you bind Orion’s form or guide his path? / I looked up and answered, No / But you can so I will hope in your strong hands / The hands that hold the stars above will never let me go”. The song exhibits both the storytelling prose and the juxtaposition of a god that creates both constellations and intimate interpersonal relationships. The track builds like a country ballad, filled with the twang of electric guitar solos and resonating vocals.

Similar in theme yet contrasting in sound is “Mediator”, an expressive depiction of a god that acts as both Governor and Conciliator, but in an upbeat, near rockabilly fashion. Lyrics like “He takes our place and stands in front of God on high /He speaks on our behalf since we don’t have the right/He pleads before the God who judges hearts of men/Our mediator served the sentence for our sin” remind the listener of the paradox Ghost Ship worked hard to make consistent throughout the album.

The fiercest track on the album is “Lion Man”, a gritty, impassioned picture of God using His sovereign power not to rightfully destroy, but to sacrifice and redeem, “Like a Lamb before his shearers, so he opened not his mouth /Like a Lion, if he had, then we would all have been devoured /Like a Man, he tasted death, he drank destruction to the dregs /Like a King, his will advanced, he marched on like the prophets said.” The song contributes to the theme, with Huxford’s strong vocals and forceful arrangement making it one of the most unique tracks on the album.

Filled with originals and re-worked hymns, Ghost Ship’s album was a process the entire band participated in creating. “I love coming in with a melody and being surprised by the outcome,” Huxford says, “all the band members are so talented, and having seven worship leaders is certainly better than one. We’re a band that feels called to preach the gospel through music”.

The album itself is wonderfully paradoxical; its tracks are refreshingly unpredictable in sound yet unfailingly reliable in story. Full of diverse and surprising sounds, each song provides uniqueness that will hook and engross, yet remains perfectly dependable in its theme; our God is our Ruler, and our God is our Friend. 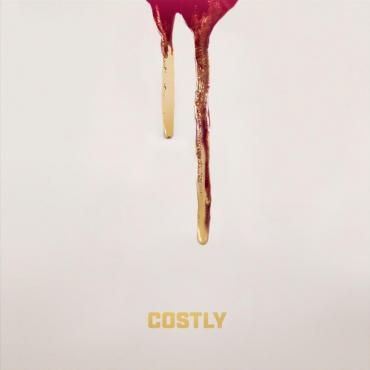 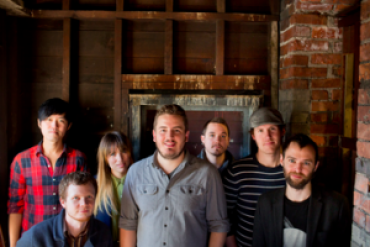 SEATTLE, WA – Earlier this year, Mars Hill Music entered into a partnership with Tooth & Nail Records / BEC Recordings to share the variety of worship bands from Mars Hill Church. The second full-length release from this partnership will be from Ghost Ship, which finds its home in the new Mars Hill Downtown building in Seattle.