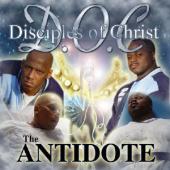 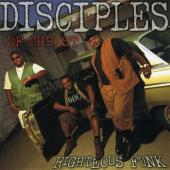 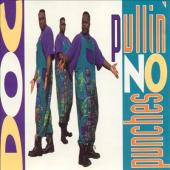 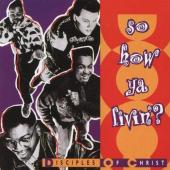 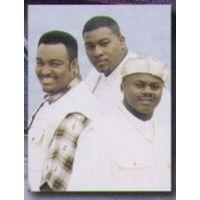 The Disciples of Christ are a Christian rap group which originated in Tulsa, Oklahoma in the early 1990s. They released three albums for Star Song Records and later formed their own label, We are One/Throne Room Records.

The core of the group was Ben Reges (born Alton Hood) and Absalom (Kelvin Harvey) who were attending Oberlin College on football scholarship and friend Prophet (Michael Brown). Hood says of that time, "Basically we were into the world. We both had scholarships to play football. We didn't have Christ in our lives, so we began to party and live the high life, hanging out with girls, that whole party life. We had this void in our lives. So what happened was that I was introduced by some friends to the occult. It got pretty serious."

Hood credits God with cleaning up both him and Harvey from drug addictions born out of their use in occult rituals: "Praise God, through a supernatural manifestation of the Holy Spirit, God's power came down right there in the room, saved me, delivered me right there on the spot...".

Following their conversion to Christianity, the duo began performing raps and beat-boxing at parties. A year later they met third member Prophet (Michael Brown) at a Canton church which they now attended having moved to the Northeast Ohio area.

Former rock band drummer Matt Stevens was the final member to join. The band met him while in the studio making a demo recording on the advice of friends. According to Hood, they didn't really think anything would happen with it: "We were never into rap for the business or industry standpoint. We were just doing it as a tool. It was just a good idea to send [our demo] out, it was not like we put our hopes behind it-it was just something to do. We were content to be just in the northeastern Ohio area ministering, but God saw fit, because of our faithfulness to Him, to take it abroad."

The demo was noticed by Star Song Records who included the group on a 1990 sampler. Their debut album So How Ya Livin'? followed in 1991. Also that year the group's Alton Hood made a guest rap appearance on labelmate Whitecross's album In the Kingdom, rapping on the song "Holy War". In 1993, the group released Pullin' No Punches and did another Christian metal collaboration, this time for Bride's cover of Argent's"God Gave Rock and Roll to You".

With their third album Righteous Funk the group began to resist the rap label and emphasize the 70s funk sounds they grew up on. ("We come from the '70s era of funk: Parliament, Earth, Wind & Fire, Heatwave. So, it was really great that we were able to express and come forth with that and introduce the Christian market to something they might not have ever known about.") The songs "Hollywood" and "Wind Me Up" featured funk legends Bootsy Collins, Maceo Parker, Bernie Worrell and Fred Wesley. The album earned the group a Grammy nomination.

Reduced to a duo of "Hoody Roc" (Alton Hood) and "Disciple Paul"(David Brooks) and based in Cleveland, Ohio the group formed their own record label We are One/Throne Room Records through which they released the CD The Antidote. The album was promoted with a tour merging their music with mime, poetry, dance and drama in a package the group called a "Rapusical".