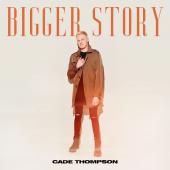 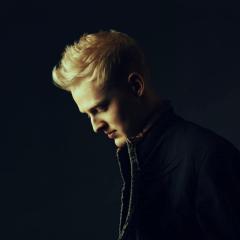 Cade Thompson is an energetic and soulful Contemporary Christian music artist with a sound that appeals to believers and mainstream pop audiences alike. Cade’s effortless style promotes his personal musical influences, which draws heavily from the church. Cade has an admirable ability to transform his thoughts and faith into a powerful collection of melodies and lyrics that inspire people of all ages to step into all that God has for them.

Since his toddler days, Cade has had an affinity with music when even a preschool teacher noticed him frequently harmonizing early on and eventually progressed through piano, guitar, and drum lessons. After joining the youth worship team in 6th grade, a music mentor came into his life which emphasized the importance of seeking God through the Bible outside of a worship setting. This understanding placed Cade on a deeper course of encountering the love of the Father and seeking His presence more intently. In these early teen years, Cade knew God was calling him into music ministry and giving him opportunities to grow in that calling.

God has continued to reveal Cade’s heart, and the outpouring has resulted in a strong connection to his generation sonically and lyrically. Shortly after finishing high school, Cade moved to Nashville, Tennessee. Following his move, Cade signed a record deal with Red Street Records, an independent Christian label founded by Rascal Flatts member Jay DeMarcus. In February of 2020, Cade made waves across the Christian music community with the release of his debut single, “Provider.” In August of 2020, Cade earned his first Top 20 Billboard charting single, releasing his second radio single, “Every Step of the Way.” He has also seen huge success online, where his music has earned over twenty million streams to date. Cade hit the ground running in 2021, with a lineup of shows across the nation opening for some of CCM’s biggest names: Crowder, Big Daddy Weave, We The Kingdom, and Micah Tyler. His debut album is set to be released in late 2021.