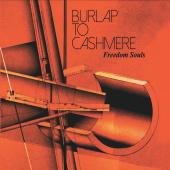 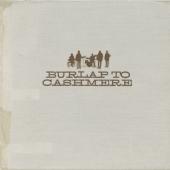 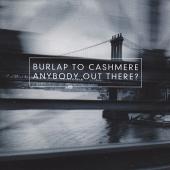 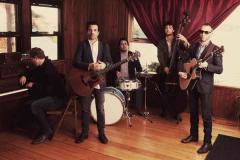 Burlap to Cashmere is a contemporary Christian world music band formed in the 1990s by cousins John Philippidis and Steven Delopoulos. Their music draws heavily on folk and world music influences, especially Greek folk music. Originally a college theater show, with script and music performed by the band and actors at Marymount Manhattan College, a theater and dance college, which Delopoulos attended. He asked his then 14-year-old cousin Johnny to join him in the show, and the band was formed.

Later members Mike Ernest (guitar) and childhood friend Theodore Pagano (drums) followed. In 1995 the band was played at The Bitter End on a regular basis. In 1998 Burlap to Cashmere signed with Squint Entertainment and released the full-length recording Anybody Out There? followed by a re-release of their independent album Live at the Bitter End. But with the demise of Squint, the band fell off the radar for a time.

In 2004, the official band website promoted "Steve and Johnny of Burlap to Cashmere" for several live performances. Then in 2005, a new Burlap to Cashmere demo album was recorded but never released. Two years later, Burlap to Cashmere was billed on tour dates for Jars of Clay and NEEDTOBREATHE, with Delopoulos and Philippidis performing an acoustic set as a duo. The two have since reunited with original drummer Theodore Pagano and continues to tour and have written and performed new music, with plans to release a new album.

In 2012, the band was recruited by director Brett Leonard to be the launch artist for his musical cinema concept "PopFictionLife". The resulting full-length feature The Other Country - Starring Burlap to Cashmere was shot on the road during one of the band's tours, with subsequent filming done around Los Angeles. The movie tells the story of the band's history, along with live concert footage and recordings.

Websites:
Facebook: burlaptocashmere
Twitter: @B2CBand
External links are provided for reference purposes. Christian Music Archive is not responsible for the content of external internet sites.
Created by: siremidor on 26-July-2010 - Last Edited by siremidor on 12-July-2021