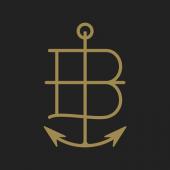 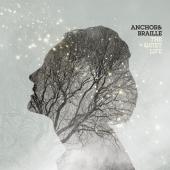 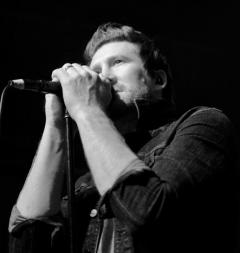 Anchor & Braille is the recording alias for American singer-songwriter Stephen Christian, known for fronting the alternative rock band Anberlin, before it's dissolution in 2014. Originally conceived as a side side project for Christian, Anchor & Braille is now his primary vehicle for releasing music. Christian has described Anchor & Braille as a collaborative effort, having recorded with musicians such as Aaron Marsh of Copeland, Micah Tawlks, and Kevin Daily of Civil Twilight.

Anchor & Braille was conceived when Christian realized that he had written many songs that he knew Anberlin could never use. The songs were said to have a different feel from Anberlin's material and the lyrics were topics that he felt more personal, which he was not ready at that time to share on a mass platform.

The band streamed the entire album on their MySpace page before its release on August 4, 2009. The official website also has the demo version of "Sleep" (or "When We Die"). The songs "Wedding/Funeral", "Sheet Music" (which has been mislabeled as 'When We Die (Sleep)") and a demo of "Mary Agnosia" are featured on their PureVolume. A poetic art-loop piece called "16 Conversations" was also on the band's MySpace page for a short while. On January 23, 2007, a 7" vinyl with two songs on it, "Sound Asleep" and "Wedding / Funeral", was released online through Spartan Records and Wood Water Records and was limited to 1000 copies.

Anchor & Braille's initial output greatly contrasted with Christian's primary band, relying on toned-down instruments such as keyboards, pianos, and acoustic guitars. However, the 2009 album utilized a full band, with all songs written by Christian but produced and augmented with additional instrumentation by Marsh afterward.

The first single, "Still Sleeping", from the band's debut album was made available on iTunes. It was also featured on the compilation album Punk the Clock, Volume Three. The debut album was entitled Felt, produced by Aaron Marsh from Copeland and released on August 4, 2009. The album was released by Wood Water Records andFederal Distribution, debuting at number 30 on the Billboard Top Heatseekers chart.

A vinyl of Felt was released on December 14, 2010 with a previously unreleased track, "Empires".

Anchor & Braille released two new singles, "Detroit Stab" and "Fatal Flaw" on October 4, 2014. On October 10, 2014 Anchor & Braille stated that "there will not be a full length album... but there may be a few more singles shortly." However on December 8, 2015 Christian announced via his personal Instagram account that a third album entitled Songs for the Late Night Drive Home would be released on February 5, 2016 on Tooth & Nail as a continuation of his more diverse sonic terrain.

In an interview with Absolute Punk, Christian elaborated on his decision to make another full-length instead of continuing on as a singles based project as originally intended. "Well, at the time I was working with a company called MP45, and they were a single-based record label. They were helping me, fronting the money in the beginning, and they really took an interest in my project, they were really excited about it. So I was trying to help get them off the ground, and… they folded. So I was like, “I'm going to continue with Anchor and Braille, and I'll just release singles from now on, to help out this company,” but then when they went under, it was kind of freeing in a way because then I could continue on recording a full-length, and go at it from there." In the same interview Christian cited the soundtrack to Drive as an influence on the new record.

Even prior to the release of the album, Christian already made an announcement via his podcast The Art Collective with Stephen Christian, his plans for a fourth studio album with Aaron Marsh set to return as producer.