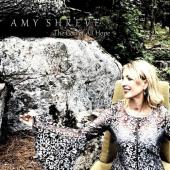 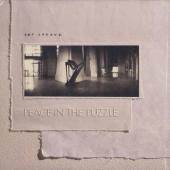 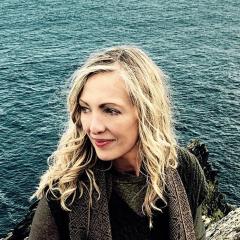 Born in Merritt Island, Florida, Amy experienced firsthand America’s space program. From the bleachers, she watched the space shuttles lift into space. Amy spent much of her time on the Gold Coast beaches. At age five, while attending church, she took to heart her pastor's sermons, Adrian Rodgers. She understood her need for a savior and gave her life to Christ. Amy’s family was entrenched in politics, and after her father’s appointment as General council to the Secretary of State, eleven-year-old Amy and her family moved to Florida’s capitol.

Although Amy missed the coast and her friends, she thrived in Tallahassee. She attended First Baptist Church, where she was a part of a strong group of believers who were supportive, encouraging, and accountable to each other. In high school, she was involved in theater, cheerleading, tennis, and in 1981 competed and won the title of Miss Teen Florida. She managed to have room for one other very unique talent. Amy loved playing the harp.

Music had always been important to her, and she loved to perform as a young child. After arriving in Tallahassee, Amy was introduced to the harp and continued practicing and learning the instrument. In Jr High, she had a sense that God would use her talent for His glory. After her senior year in high school, she began to compose music and lyrics. She then attended Wheaton College near Chicago, where she majored in music and continued crafting songs. However, being from Florida, with no coat to speak of and finding that open-toe high heels did not work well in January, Amy’s friends took a proactive approach. They educated her on the essentials of Northern living. A shopping trip garnered a ski jacket and some boots. Still, Amy was not terribly warm, but she would stay alive.

As she drove between Wheaton and Tallahassee, she would stop in Nashville and pursue co-writing relationships with writers who had publishing deals. Before Amy left Wheaton College, she co-wrote with a budding songwriter classmate, David Hamilton, which produced an album cut to their credit. Upon graduation in 1986, Amy moved to Nashville to write music for the publishing contacts she had developed.

What happened next was truly out of the ordinary.

Neil Joseph from Word records suggested that Amy write a couple of harp instrumentals to present to him because Word was embarking on an instrumental line to compete with Windham Hill Records. At that time, Amy had just purchased a new electric Salvi harp. The first electric harp ever made. Keith Compton, an audio engineer who worked with Sparrow, wanted to record the electric harp because he thought it would be interesting. Amy played the songs she had just written for Neil to be used on Keith’s demo. Later, Compton played the demo for a budding producer. Knowing they had a potential record for Sparrow’s Meadowlarkinstrumental line, they immediately sent Amy's music to Billy Ray Hearn, the head of Sparrow at the time. Sparrow made an offer the next day to sign Amy for a two-record contract. Neil Joseph encouraged her to sign with Sparrow, and Wes Yoder acted as Amy’s advocate negotiating the details of the contract. In just three months, Amy moved to Nashville, was under contract, and wrote for her first record. During her first recording, "Peace in the Puzzle," Amy found herself overwhelmed and nervous being surrounded by talented Nashville stalwarts like her Producer Peter York (Phil Keaggy) and Engineer Norbert Putnam (Dan Fogelberg, Jimmy Webb, and Joe Walsh). During the recording sessions, other Sparrow artists she had looked up to would pop in like Michael Card. However, the stress of recording eleven songs live to two-track didn't inhibit her ultimate success. Jazz Is magazine reviewed the recording as the best harp recording they had ever heard. One year after arriving in Nashville, her first record was in the marketplace distributed worldwide by Capitol Records.

Websites:
amyshreve.com/
Facebook: Amy Shreve
External links are provided for reference purposes. Christian Music Archive is not responsible for the content of external internet sites.
Created by: jshollis on 31-December-2015 - Last Edited by siremidor on 05-August-2021