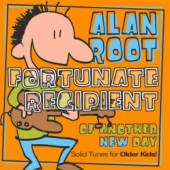 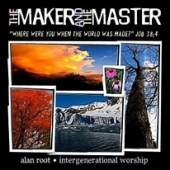 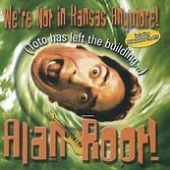 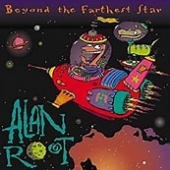 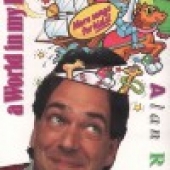 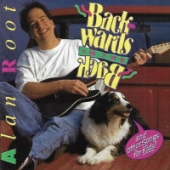 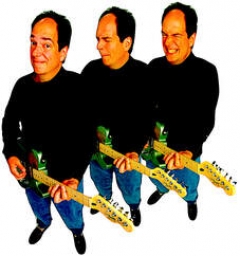 Alan Root Robertson is basically harmless, although he's taller than he looks in his pictures. He writes songs and plays piano, guitars and drums well enough to fool a lot of people. He likes basketball, watercolor, hiking, popcorn, old books, old movies, anything caramel, strong coffee and Bugs Bunny cartoons. He and his wife Emily have two daughters who found some great guys who agreed to be their husbands, and 5 grandkids have been asked to join the family since then. Alan and Emily live just south of Nashville, north of a herd of cows. For the last two and a half decades, Alan has been traveling the Northern Hemisphere telling kids about the love of Jesus with rock and roll, Biblical teaching, and laughter. His music grabs upper elementary age kids and their parents.

He was called to kids ministry by a seemingly harmless comment to him by Michael W. Smith. He’s been signed as an artist for Word and Starsong Records. He wrote and performed the music behind Sandi Patti’s reading of the International Children’s Bible. He is the recipient of 3 national Telly awards. He has written, arranged, produced and performed music for McDonald’s, Wrigley’s, General Mills, Oscar Meyer, Kelloggs, Dr. Seuss, and Sesame Place. He co-wrote 3 musicals for Sony/Tree: Shortstops, Arkeology, and Hymnknowlogy. He’s done a pilot TV show with Pro Kids Productions. He’s performed with Psalty, The Kids’ Touring Company, Barry McGuire, Gerbert, and the Billy Graham Children’s Crusade. He’s been a featured performer and workshop leader as well as multiple themesong writer at the International Network of Children’s Ministries, Children’s Ministry Idea Explosion, and One Way Street’s Children’s Ministry University.