Rhett Walker Band releases sophomore album HERE'S TO THE ONES 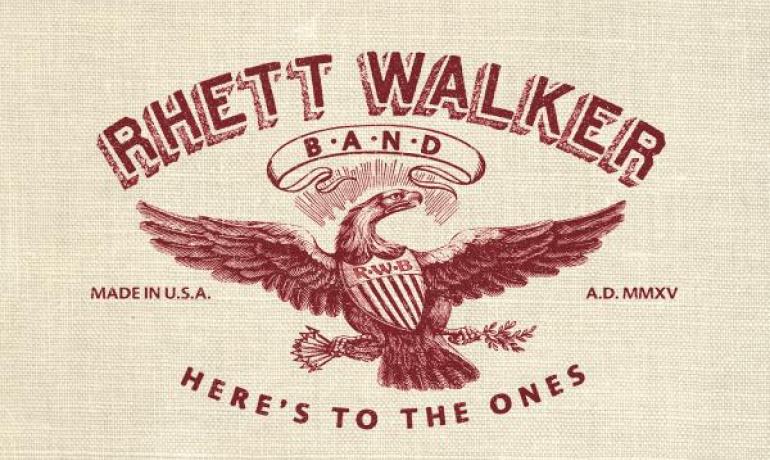 Since their 2012 debut,COME TO THE RIVER, the Rhett Walker Band has toured non-stop with everyone from MercyMe to Newsboys, spending more time on the road than at home. The project generated the band’s first Top 10 hit,“When Mercy Found Me,” which garnered Walker a GRAMMY© nomination for CCM Song of the Year. The band also received three 2013 Dove nominations in multiple categories including New Artist of the Year, Rock/Contemporary Album of the Year and Rock/Contemporary Song of the Year. Since their inception, the group has been invited three times to perform on the Grand Ole Opry, and recently appeared on the show featuring new cuts from the forthcoming album.

The first Christian radio single from the album, titled “Love Like Jesus,” explores what it looks like to make the most of each day inside the context of our faith,” says Walker. “I know, for me, the song is a reminder every morning when I wake up…It’s about living life to the fullest; but I don’t believe we can unless we choose in every avenue of our life to always love like Jesus.”

Their song, “Here’s To the Ones,” which also became the title track and theme of the album, is an All-American ode to the hard working middle class. To connect with those everyday heroes, the Rhett Walker Band has partnered withPepsi MidAmerica in October and November as the featured artist for their Mountain Dew Camo Fall Promotion. Together, the band and Pepsi MidAmerica will also hold a contest throughout their territory titled the “Rhett Neck Nashville Experience.” Four winners and their guests will win a trip to Nashville to meet and spend time with the Rhett Walker Band, attend a barbeque at Rhett’s home, view a private concert with the band, and more.

“It’s easier to point a finger because it’s harder to look in the mirror at ourselves… Jesus isn’t worried about all that stuff,” says Walker. “What Jesus is worried about is if you know at the end of the day that He’s always loved you. I think if we’re going to stand on any side of faith, which we do, it is that kind of story that we hope we can tell.”

The band – Rhett Walker (guitar), Kenny Davis (drums), Kevin Whitsett (bass) and Joe Kane (guitar) -- met in Nashville five years ago, drawn together by a collective love for music and a desire to pursue a career recording and touring. Their diverse influences are interlaced into the 11 cuts on the new collection which include: Clone, Here’s To the Ones, Love Like Jesus, Adam’s Son, The Mystery, The Other Side, Amazed, Better Part of Me, Someone Else’s Song, Broken Man.

Fans can catch the Rhett Walker Band perform songs from HERE’S TO THE ONESon their current tour which carries through until Nov. 1, 2014.