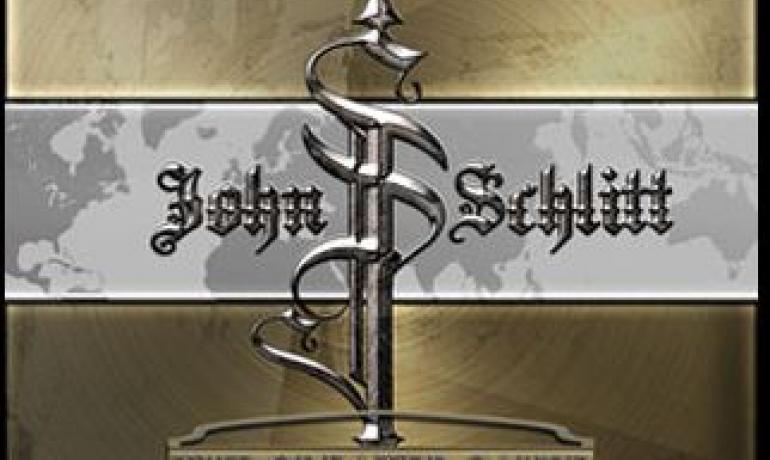 Lyrically, The Greater Cause focuses on the relevance of faith in an increasingly secular world. "Every song on the album has a message that is pertinent to what is happening in our daily lives," Schlitt says. "How relevant are we, as Christians, in the world today? We need to use common sense and awaken to the fact that Jesus is Lord, no matter what those around us may say or do."

"When I began to reach out to some of the most successful writers and musicians in contemporary Christian music and ask if they were interested in being a part of John's project, there was a resounding 'Yes!'" says producer Dan Needham. "I believe that is a testimony to John's reputation among his peers and because of his legendary status in CCM history."

On The Greater Cause, Schlitt's vocals soar on the anthemic "Hope That Saves The World," and thunder on the blues-laden, "Love Won't Leave Me Alone," but Schlitt also knows how to pull back to an intimate intensity on emotional ballads like "The Gift."

Schlitt recorded The Greater Cause with capital raised through the innovative Kickstarter "crowd-funding" business model. An army of fans, dubbed the TGC Crew (The Greater Cause Crew) in honor of the CD title, contributed financially to make the album possible. In return, the TGC Crew members are receiving pre-release copies of the CD, and a limited number of unique donor gifts, such as handmade commemorative plaques, joining the musician at a studio session, vocal lessons and concert performances. The TGC Crew also has continuing access to a restricted website that offers a behind-the-scenes look at the recording of The Greater Cause, including photos, videos and a blog.