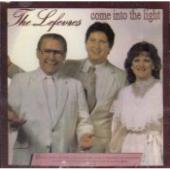 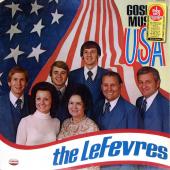 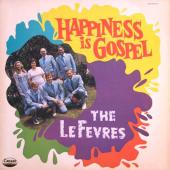 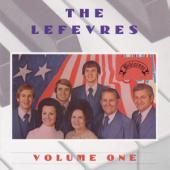 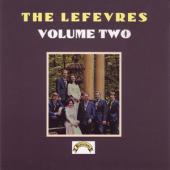 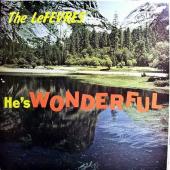 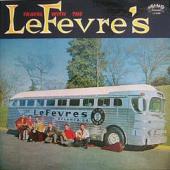 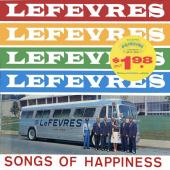 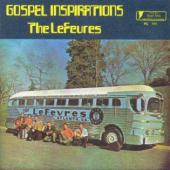 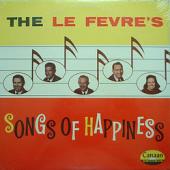 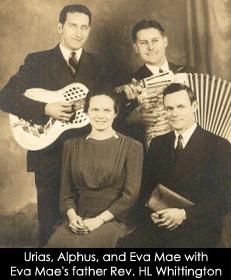 The LeFevres, or The Singing LeFevres, were an American Southern gospel singing group, active for nearly 50 years in the middle of the twentieth century.

The LeFevres were a family from Smithville, Tennessee, and their singing group centered around brothers Urias (1910–1979) and Alphus (1912–1988). As children, they sang with their sister Maude until she married, then their sister Omega (Peggy) until she married; their career as an ensemble began in 1921. Both sang in quartets at the Bible Training School in Cleveland, Tennessee. Urias and Eva Mae Whittington (1917–2009) married in 1934; she became the pianist and alto in their newly formed trio.

They moved to Charleston, South Carolina in 1937 and then Atlanta in 1939, where they would remain for the rest of their professional career, aside from a short stint in Philadelphia in the middle of the 1950s. They won slots performing on WGST radio as The LeFevre Trio, but as they added other family members and accompanists, they decided to refer to themselves simply as The LeFevres.

Though they had previously recorded transcription discs, their first commercial recordings were made in the 1940s and released on Bibletone Records. Later releases were issued on Word Records and their own label, Sing Music Company. As the new medium of television became more popular, the group started appearing on local stations such as WAGA and traveled to other regional stations to appear on their programs as well. In the 1960s, the group's Gospel Singing Caravan, a syndicated program, was aired nationwide. In addition to this, the group toured relentlessly in the U.S. and Canada, notching as many as 250 shows a year.

The LeFevres became instrumental in the gospel music industry in Atlanta, Georgia; they owned and operated their own recording studio, LeFevre Sound and also published sheet music for the gospel market. Additionally, they produced syndicated television shows for gospel and country music singers, and owned a booking agency that operated regionally.

The LeFevres retired in the 1970s, and sold off their interests to group member Rex Nelon. Eva Mae and Urias LeFevre were inducted into the Southern Gospel Music Hall of Fame in 1997; Alphus was inducted in 2002. Urias's youngest son, Mylon LeFevre, went on to have a highly successful solo career.