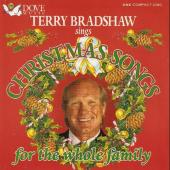 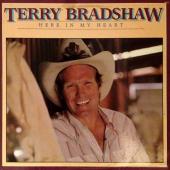 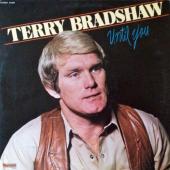 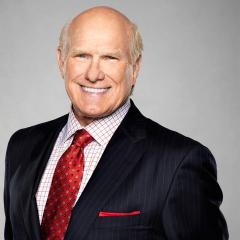 Terry Paxton Bradshaw is an American former football quarterback who played professionally in the National Football League (NFL). Since 1994, he has been a television sports analyst and co-host of Fox NFL Sunday. Bradshaw is also an actor, having participated in many television shows and films, most notably starring in the movie Failure to Launch. He played for 14 seasons with Pittsburgh, won four Super Bowl titles in a six-year period (1974, 1975, 1978, and 1979), becoming the first quarterback to win three and four Super Bowls, and led the Steelers to eight AFC Central championships. He was inducted into the Pro Football Hall of Fame in 1989, his first year of eligibility. Bradshaw was inducted into the College Football Hall of Fame in 1996.

He is also a devout Christian and wrote the book Terry Bradshaw: Man of Steel with broadcaster Dave Diles.

Bradshaw has also recorded six albums of country/western and gospel music. His cover of "I'm So Lonesome I Could Cry" hit Top 20 on Billboard's country chart (and No. 91 on the Hot 100) in 1976; two other tunes ("The Last Word In Lonesome Is Me" and "Until You") also made the country charts.