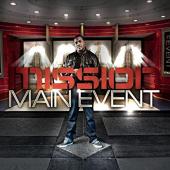 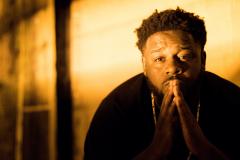 Antonio Marquet Smith “aka Mission” was born in Greenville, Mississippi and at the age of 9, Mission and his family moved to Sacramento, California. Soon after, he joined Calvary Christian Center in Del Paso Heights. As a child Mission always had an ear for music, along with a strong lyrical passion and a gift. When he was 15 years old, he started seriously writing and making music. However, one day Mission realized he was not living the secular lifestyle that he and his friends rapped about, so he began making music that truly reflected his Christian life and re-leased his first album, Main Event, in July 2011.

After the release of his album, Mission took time off from music to seek counsel from his mentors and God regarding music, family, and ministry. The pain, passion, conviction, and triumph that Mission experienced during his sabbatical, led to the birth of his second solo project, an album entitled Dress Rehearsal, released November 2013.

In early 2013, Mission joined other Christian artists, Black Knight, JG, K.Agee, and Xellentz, to form the Christian Hip Hop (CHH) supergroup RPSMG. The group released their mix-tape and gained much popularity in the summer of 2014. Mission released his third solo project in late October 2014. His album entitled No Medium is a story of tests, trials, reconciliation, redemption, and looking to the future. Shortly after the release of No Medium, Mission was interviewed by Gaelika "BrownTheory" Brown of Testimonystories.com. Through this interview, he was able to share his life’s story as it relates to the man behind the music and lyrics.

Mission’s fan base consists mostly of the younger generation across the world who can relate to his story and enjoy his sound. He has shared the stage with artists such as; Switchfoot, Toby Mac, Lecrae, Tedashii, Dre Murray, Transparent, Th3 Saga, Alex Faith, Social Club, and many others. More recently his music was recognized by Lecrae, who tweeted out to Mission among his millions of followers “I dig it. Keep it pushing.” While this was unexpected, it was appreciated because of the stand Lecrae takes for his music.

Mission is most well-known for his lyricism, creativity, and songwriting, along with his catchphrases "God first, God Bless," "All of you, none of me," and "100."

Mission has given us a fourth project Thanks n Advance produced by K.Agee which was released in December 2015. Mission's goal is to make timeless music that sustains the soul and he believes that through the transparency of his trials, tribulations, and triumphs, others will seek and get to know Christ. In conclusion to his Thanks n Advance album, Mission reconciled with his wife, and his family is back together. Mission is now a father of 4, two beautiful girls and two handsome young men.